More ENBREL SIDE EFFECTS News
A Virginia man has filed a lawsuit claiming therapeutics company Amgen concealed Enbrel side effects, which allegedly led to his development of cancer, according to the Courthouse News Service. 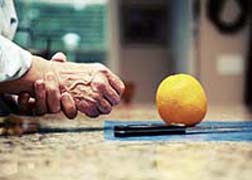 Wayne Stone Sr. claims he was cancer free when he began receiving injections of Enbrel to treat his rheumatoid arthritis, according to the lawsuit. Now, he says he is disabled and forced to live in pain, contending that his doctor never would have prescribed the drug to him if he had known about its potential side effects.

Stone, who claims he got lymphoma from the Enbrel injections, is reportedly seeking punitive damages from the drugmaker and other distributors for negligence, fraud, product liability and fraud by concealment, among other charges.

"Despite the serious, debilitating and deadly side effects that defendants were aware that Enbrel can cause or to which it can be a substantial contributing factor, defendants widely advertised and promoted Enbrel," the lawsuit states.

According to the National Center for Biotechnology Information, Enbrel can potentially limit the ability of a person's body to fend off infection from bacteria, viruses and fungi.

Posted by
Kenneth Boatner
on December 13, 2015
My mother took Embrel in 2002 -2003 for rheumatoid arthritis and died in November 2003 of brain cancer. She suffered through multiple seizures and stayed in the hospital a lot. Rheumatoid arthritis is bad enough but this drug took her life, she was only 50 years old. I've always wanted to seek legal action against Embrel but never had the complete support from the family. One interesting fact... One day shortly after mom passed , the Embrel representative called to check on her progress . Dad answered the phone and informed him that she passed away from brain cancer. There was a brief moment of silence and the representative hung up the phone .
Posted by
Linda Harris
on September 23, 2015
I was perscribed Enbrel injections in 2005. In 2007 i was diagnosed with breast cancer in both breasts. Genetic testing shows that my cancer is not genetic. When i was on Enbrel, i didnt do well. The injections would cause sever burning for a couple of days after. I eventually stopped taking them for that reason. Later is when i found out about the cancer. I fully believe Enbrel is the cause!
Posted by
Edwin Feliu
on December 9, 2014
My wife eas prescribed Enbrel for her arthritis, which she used for 10 years. She suddenly became ill early this year and , was hospitalised and diagnosed with trombocytopennia She was relaesed 3 weeks later after all efforts to control the condition were exhausted without any success. She died 3 weeks later.
Posted by
teresa strong
on August 28, 2014
My husband died of enbrel use he was on the 50mg injections and took twice per month. His doctor didnt monitor and mail order his prescription. He was 52 starting bleeding lost pints of blood then he was in icu for 2weeks and died after several attempts to stop the bleeding. He had no other heart issued or no other medications he was on for his psorasis. His death 10 04 2008

Posted by
charles barton
on April 22, 2014
i took Embrel and got a fungal infection in my right lung have had to have part of my right lung removed bad drug
Posted by
Rafa Nadal
on March 2, 2011
This medicine according to this Declaration is a very dangerous so according to Findrxonline can be replaced with oxycodone or hydrocodone.