While Enbrel has been off the radar of late, the tumor necrosis factor alpha blocker (TNF blocker) is still on the minds of people who have used Enbrel to combat Enbrel arthritis or plaque psoriasis—and who have wound up with more than they had bargained for. 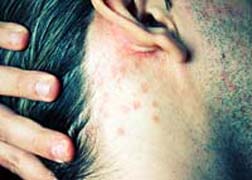 Blogger 'jennybyc' wrote, "not only did it not make me any better, it made me worse. My fatigue was terrible and I developed swelling under my skin that almost looked like huge fluid-filled cysts. My doc had never seen such a thing."

While not identifying the reason for her Enbrel prescription, 'jennybyc' goes on to say that after being off Enbrel for two years most of the swelling originally caused by the Enbrel allergic reaction had subsided, save for "a couple of patches on my arms that I don't think will ever go away."

Meanwhile, a new study has found that use of TNF blockers in children may increase the risk of malignancy, with the indication for inflammatory bowel disease identified as a particular concern, according to MedPage Today back in July. Additionally, the publication Arthritis and Rheumatism reported in August the findings of Peter Diak, PharmD and colleagues from the US Food and Drug Administration (FDA) that a total of 48 cases of malignancy had been reported among children and young adults taking TNF blockers—Enbrel among them.

Sourcing the FDA's Adverse Reporting System database, the researchers found that among the 9,200 children treated with etanercept (Enbrel), there were 15 reported malignancies with five cases of lymphoma, four of leukemia, two cases each of malignant melanoma and thyroid cancer, and one case each of myelodysplasia, yolk sac tumor and bladder cancer.

Mike S. blogged about his concern that Enbrel may have had a part to play in a diagnosis of acute lymphoblastic leukemia. The 28-year-old had been taking Enbrel for two years to control psoriasis when his diagnosis occurred.

The FDA released a communiqué in August of 2009 with regard to the potential for tumor necrosis factor alpha-blockers such as Enbrel to be associated with an increased risk of malignancies in children and adolescents. While Mike was hardly an adolescent at 28 when he blogged about his condition not long after the FDA advisory was released, he remained concerned nonetheless that in his view Enbrel side effects may have had a part to play in his diagnosis.

Enbrel was among the TNF blockers that came under FDA scrutiny starting in June of 2008. That review led to an advisory a little more than a year later, coupled with a requirement for TNF blocker manufacturers to include cancer warnings on product labeling.

More ENBREL SIDE EFFECTS News
Previous concerns included the possibility for various types of Enbrel infection due to the tendency of TNF blockers to suppress the body's natural immune system—thus creating a pathway for potential infection. To that end, fungal infections have also been associated with Enbrel (etanercept) with patients prescribed Enbrel for either plaque psoriasis or arthritis, also experiencing unwelcome Enbrel fungus.

As for Mike S., did Enbrel reaction trigger his leukemia? At the time of his posting, his leukemia was in remission. Blogger Ed Dewke, who had a testicle removed due to the presence of a cancerous tumor, had been taking Enbrel for psoriasis when he noted the sudden onset of massive swelling. Was the use of Enbrel and his tumor related? Dewke has ruled that out. But the coincidence remains.

Please, anyone on enbrel or considering it, monitor your bloodwork and CBC's VIGILANTLY! Consider using something less dangerous and more understood. Who knows what side effects could pop up in 20 years or more from these biologics.


Posted by
Glenn bloomer
on June 16, 2013
i got a second stelara shot and my blood sugar was 711 when i went into the hospital. I just got home today. my vision is still affected and i am now taking 2 types of injectable insulin. i have had no previous problems with diabetes. it was a day and a half after the second injection that i started having problems. when i spoke to the dermatologists nurse practioner she told me that they had another individual that same week with high sugar and blurry vision...i dont think this was a coincedence.