Enbrel Among Five Drugs to Get Cancer Warnings From FDA

The same day that LawyersandSettlements.com reported that a Copenhagen study raised the red flag on Enbrel side effects (etanercept) with regard to the potential for development of inflammatory bowel disorder (IBD) in children suffering from juvenile arthritis, the US Food and Drug Administration (FDA) warned Tuesday that a group of five drugs can increase the risk of cancer in children and adolescents.

Enbrel is among the five. 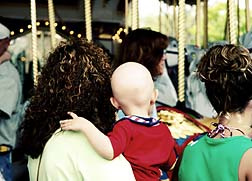 According to a story this morning in the New York Times, the FDA has had the five drugs under the microscope for more than a year. The drugs in question are Remicade, Simponi, Humira, Cimzia and Enbrel. The latter, which is marketed by Amgen and Wyeth, was the biggest moneymaker of the five with sales in the US alone of $3.4 billion last year.

The drugs are prescribed to children who suffer from rheumatoid arthritis (often referred to as juvenile idiopathic arthritis or JIA), IBD and Crohn's disease. Known as tumor necrosis factor blockers, they work by neutralizing a protein that causes inflammation and damage to bones, cartilage and other tissue when overproduced.

After previously tagging the products with a black box warning, the FDA studied several dozen reports of cancer in children taking the drugs. Some of the children died. Half of all the reports studied by the FDA involved lymphomas.

The agency's findings suggest that the drugs, including Enbrel, appeared to increase the risk of cancer after they were used for longer than two and a half years.

Amgen and Wyeth, which markets Enbrel, said in a statement that they would continue working with regulators to evaluate "the potential risks and benefits" of Enbrel.

More Enbrel News
In the coming months the FDA said that it would be working with the various manufacturers to further define the scope of the cancer risk in the five drugs named. In addition to label updates, the FDA will require the manufacturers to add information with regard to the cancer risk to medication guides that are given to patients when the drugs are prescribed.

Yesterday, LawyersandSettlements.com summarized a Copenhagen study of 1,515 patients from five European registries who suffered from JIA. The study concluded that the incidence of IBD was roughly 500 cases per 100,000 patient-years of follow-up. According to Dr. Nico M. Wulffraat, of the University Medical Center Utrecht (the Netherlands), the rate is 100-fold higher than in the general population.

While noting that the incidence rate seemed "very high" Dr. Wulffraat, who headed up the study, stressed that more data was needed to confirm this early finding.
READ ABOUT Enbrel LAWSUITS

Posted by
Theodore Kountouris
on September 3, 2017
I was using EMBREL weekly for AS I get thyroid cancer they remove my thyroid I also found high PSA since I start embrel on prostate I stop this drug so humira my prostate enlarge to 4.82 PSA I start using DUODART 500 and the PSA drop EMBREL cause this yes it cause cancer the TNF blockers are no safe simple
Posted by
Glenn
on June 9, 2017
I've had RH for 11 years. About 8 months ago I got a lump in the middle of my chest. I got a little scared since I've been taking Embrel for 10 years or so. I read up on some people who had side effects from Embrel and quick taking the drug in Sept 2016. It is now June 2017 and I'am feeling the pain again but I will try not to go back to that drug as I believe it will shorten my life. I've been taking Black seed oil and Turmeric everyday and I think it helps...I hope. I still take Leflunomide 10mg every morning. I know I'am playing doctor but you can also die from real doctors...so I'll roll the dice....wish all of us the best.....
Posted by
Murray Hamelin
on February 5, 2017
I was on Enbrel for over 5 years and Humira 6 months for my psoriasis. It worked very well. However a lump appeared in my neck on Christmas day 2016. Since then I have been through numerous test, scans and 2 biopsies. I have Non-hodgkin Lymphoma level 1 b- cell variant which is the more aggressive type. I checked side effects for both and Lymphoma was listed.
The amount of time it took my dermatologist to talk me into the drugs knowing I had a weak immune system from my diabetes makes me wish I would have refused it. Chemo and radiation to start next week.
Posted by
Patsy Anderson
on January 30, 2017
My husband took enbrel for a couple of years then wound up with cancer. Don't know where it started. The first place they found it was prostate lining, then ureter now lymph nodes. After chemo, surgeries and many many all day tests and Dr. Visits , he still has cancer and they are trying to figure out next treatments.
Posted by
Ian kappen
on January 15, 2017
Im 48yr old male had JIA since 2yrs age no cancer problems in my past family after years of tablets and hip replaements iv started embrel been on this injections 6 weeks fantastic improvement of JIA i would like pit more info of my experiences of this drug on hear
Posted by
Chase campbell
on January 11, 2017
I have.l been on embrel, cimzia, and now humira for Ankylosing spondylitis. This article mentions the danger to juveniles however is it just them specifically or are we all in dange?!
Posted by
Inger Gerle
on January 1, 2017
I have been taking Enbrel for 12 years and got a large lung tumor in left pleura last year. It is called solitary fibrous pleura tumor and was surgically removed, 15x13x8cm. Enbrel helped my RA but I beleive, got me the tumor.
Posted by
Fran Gordon
on July 29, 2016
I have been taking Enbrel for 10+ years and last year it was discovered that I had a carcinoid tumor in my right lung and lymph nodes. I had to have the top lobe of my right lung removed and 5 lymph nodes. I still have some breathing problems. I have no family history of cancer.I take Enbrel for RA. Has any one had this problem.
Posted by
Theodore John kountouris
on June 19, 2016
Does cause cancer yes the EMBREL i am on it and get thyroid cancer I have to remove my thyroid also other cancers suppress the immune that is the outcome yes it did cause cancer
Posted by
Shaun
on October 21, 2015
My Mom died 12/23/09 from cancer caused by Enbrel, no doubt . A big hand wave to Big Parma ,Corp America & the FDA !
Posted by
Jerry
on October 10, 2015
I have been on enbril and humera switched by insurance several times over the past 8 years.
I have had IBD since.
I have had bouts wit diverticulosis the last few years.
I quit taking enbrel and methotrexate when this happens the last few years. After feeling like the diverticulitus has gone i start taking just enbril again without methotrexate within a few days I seem to have another attack of diverticulitus. i was origanial given enbrel for psoriatic arthritis. After a diagnosis of Fibromialga in 1999 before I was told that Fibromyalgia did not exist.....

Posted by
Stefana
on July 29, 2015
I am taking this medicine from when i was 12. I am 24 years old now...and i feel great.But i am scared of what i found at side effects....just wanna share that with people who are wondering how this drug works for another pacient....
Posted by
Michael Morani
on January 10, 2014
Have been taking Enbrel for 10 years for a Rheumatoid Athritis. Just had a colon rectal cancer surgery, no cancer history in family. Did this drug caused my cancer? Sitting home, my whole life has changed, ostomy bag, possible other treatments. Will I ever be normal again? Age 52.
Posted by
Ronald D. Ponce
on October 1, 2013
I was diagnosed with colon cancer in Jan. 2013. I was had the cancer surgically removed on 2/14/13 and had a series of complications leading to a second operation on 2/21/13 and numerous blood transfusions. I have been taking Enbrel for over ten years for psoriasis and psoriatic arthritis. I feel that Enbrel caused it, but only recently made the possible connection. Looking for some legal advice.
Posted by
cris
on February 12, 2013
My daughter-in-laws dad just got admitted to a cancer hospital with a probable diagnosis of leukemia. The tests have just been started to be sure, but the MD there said it was caused from Enbrel. Anyone else heard of this before?
Posted by
bill Corcoran
on December 25, 2012
is there any correlation between use of Enbrel and prostate cancer?
Posted by
Susan Cullen
on October 1, 2012
How does the company that manufactures this drug track true results if they never follow up on patients that have recently come off the drug. Unusual cancers maybe more prominent than they think, considering my family history of no cancer and getting a very unusual cancer, makes me wonder. Did not tie one to the other till recently