Roger Baron is a recognized authority on insurance law and subrogation. He advised attorney Maurice Graham in the controversial Debby Shank litigation in Missouri. In that case, Shank, who suffered severe permanent brain injuries in a traffic accident, was successfully sued by her employer, Wal-Mart, for recovery of nearly $500,000 in medical expenses paid under her ERISA employee insurance plan. Wal-Mart recently reversed their decision to seek recovery after a storm of negative publicity. 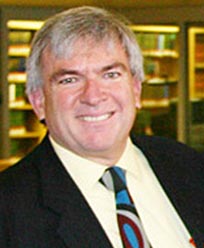 LawyersandSettlements (LAS): What areas of law do you teach? How has that affected your other activities?

Roger Baron (RB): I teach civil procedure, insurance, and family law—civil procedure is a required course that everyone takes. My interest in the ERISA issue was generated by my experience teaching insurance law.

LAS: Can you explain briefly what subrogation is?

RB: Subrogation has been around a long time. Originally it was applied in property insurance. It's where an insurer pays for a loss and can then pursue the tortfeasor to recover their costs. So, if you have a $200,000 house and someone damages it or burns it down, your homeowner's insurance will pay you for your loss, then they'll pursue someone for their $200,000; you won't have to do it yourself, but the insurance company will do so to reimburse their own loss incurred from paying you.

Under common law and then equity law, subrogation was allowed for property claims, but not for personal injury claims. In the 1960s there was a move to include subrogation for personal injury claims, so if you were injured in a car accident and made recovery in a suit against the tortfeasor, the insurer could then seek to get its payment to you covered out of your recovery. Some states allowed it, some states didn't; others allowed it with specific rules to ensure fairness.

LAS: When and how did health insurers start trying to use subrogation?

RB: ERISA plans started doing this in the 1980s—the ERISA statutes passed by Congress in 1974 don't address reimbursement clauses because when Congress passed ERISA in 1974, subrogation, or reimbursement, for health insurers wasn't allowed. So you can't say that Congress ever approved the right of reimbursement that the insurers have been giving themselves in ERISA plan contracts, such as the one Wal-Mart had with Debby Shanks.

Commercial health insurance is regulated by states, and most states don't allow 100 percent subrogation; some allow some reimbursement, but generally the insured must be made whole first. However, if you create an ERISA insurance plan and allow it to provide coverage, ERISA pre-empts the state insurance codes, the state rules are thrown out, and the plans can write their own rules unbound by regulation at either the federal or state level.

So, for example, the Missouri state insurance code totally disallows subrogation. That means that in the Debby Shank case, Wal-Mart would have gotten zero if they had sued in state court; the only reason they got anything was because she was covered by an ERISA plan.

RB: In 2002, in Great West Life v. Knudson, the Supreme Court said a plan could not sue a beneficiary for a personal judgement. So if a beneficiary sued a tortfeasor and spent the money, and the plan sued the beneficiary to get their costs, the court said that basically an ERISA plan cannot sue for reimbursement from an individual. It was a close decision, five to four, and was good news for an insured or a beneficiary, not good news for ERISA plans.

Since then, they've figured out how to comply. Now they sue for a trust; they sue the insured for money they do have, which has to be a specifically identifiable fund. A lot of the times it's the lawyer's trust account. In order to get reimbursement, a lot of the ERISA plans, the minute they hear of a settlement, they jump in with a permanent restraining order to prevent them from spending the money. In 2006, in Sereboff v. MAMSI, the Supreme Court said that's an equitable remedy—plans can impose a trust, impose an equitable remedy. In the Shank case, Wal-Mart sued the trustee who had the money from Debby Shank's settlement.

There have been many cases where that's been allowed. Again, that's because there are no regulations. All the state rules are out the window under federal pre-emption. The only thing that governs, according to the federal courts, is what the insurance plan document says, and the plans write their own documents. They can say whatever they want; there are no regulations, none whatsoever.

LAS: Is there a legislative remedy for this absence of regulation under ERISA?

RB: Congress can amend the ERISA statutes to bring in some reasonableness. I'll tell you, we were scared to death in 2006 when the Republican Congress almost amended the Pension Reform Act to give the insurance plans point blank the unqualified right of reimbursement. we blocked it, fortunately, by lobbying hard on the conference committee that prepared the final legislation.

This whole issue is complicated, so you can't explain it in a two-minute sound bite, and the lobbying effort against reform is tremendous. The insurance companies are against it. You see insurance companies selling their policies to ERISA plans and then claiming they're protected by federal pre-emption. That's where the fights are going on.

If Congress were to consider legislation that says that health insurers are allowed reimbursement only if the insured is first made whole, you'd see the insurance companies come out of the woodwork to oppose it. I've heard there's going to be an effort to do that—Senator Harry Reid is going to do that.

LAS: Any legislation would face a filibuster in the Senate and a presidential veto, though. Doesn't that mean that reform is pretty much off the table until January 20, 2009 at the earliest?

RB: With a Democratic Congress and Democratic President, it could happen. But gosh, this is a holy war, it's going to go on forever, you're not going to see anything happen quickly on this.

What Wal-Mart has done in the Shank case is a good thing and I'm excited about that. There are still many hard cases out there and I've been working with lawyers like Maurice Graham on them. This thing's not going away, lawyers need to tune in and know what's going on so they can serve their clients better.

Posted by
JANET CRISP
on November 7, 2015
Am I able to request that my attorney to discuss negotiation prior to settling? How does one settle without knowing their accrued medical expenses and how much the insurance company is willing to to settle for in terms of negotiation?

The ERISA statute only favors the insurance company. However, who protects the victim? After all the money victims spend on monthly insurance, we are technically not covered. Irregardless, we are still liable for paying them.

Posted by
Judy Balaty
on May 6, 2015
What about fehb insurances like fed blue cross? Do they fall under state law or are they excempt under opm? I'm in this situation my husband involved in accident now tetrapalegic. Fed blue cross says they have subragation rights. My husband doesn't even have a bathroom on the first floor that we can convert to handicapp restroom. This seems so wrong. Can they take all the settlement? 350000.00 doesn't even begin to cover his injuries and needs.