A typical workday for bartender Rick Kieasau was minimum 14 hours. Because he was part-time and never worked a 40-hour week, Kieasau and his co-workers didn't think they were entitled to overtime. They are owed a lot of money. 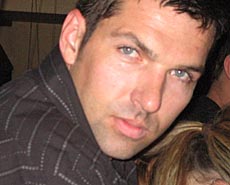 "I worked for a catering company, mainly offsite weddings," says Kieasau. " I worked for this company for more than seven years and most of the part-time staff worked anywhere from 14-16 hour days: we had to load the vans, travel, set-up and work the event then tear down, clean up and drive back to the warehouse." You can see how this kind of work adds up to a whole lot of hours.

"I hadn't even thought about overtime until a friend asked me if I had a big pay check due to all the overtime I accumulated," he says. "Nobody ever got extra money and I made $9 an hour no matter how many hours I worked." Kieasau did the math. "I calculated that I was owed over $15,000 in overtime! I based this amount on 100 events per year and overtime hours totaled over 15 hours per week. This meant $60 a week over seven years."

Kieasau was recently fired; he was told it was because he was drinking on the job - an accusation Kieasau denies. Regardless, that doesn't negate the fact that he is owed overtime. "I asked my boss about paying me overtime and he metaphorically gave me the finger," says Kieasau. "He said that I didn't deserve OT after what I did, but I told him it was the law. 'I am very well aware of the law,' he replied. Obviously he hasn't read the California Labor Laws."

"I told my boss that he would be hearing from my lawyer and I hung up. My lawyer advised that I file a class action lawsuit so that everyone who worked there can also be compensated. In the past four years only a few people were full time and the rest were part-time. Mostly the part-time people worked more than eight-hour shifts: any wedding was at least 12 hours because it took four hours to set up and travel, and the same at the end of the night -- cleaning up and driving back to the catering warehouse.

In the seven years I worked for this company, I barely had contact with the owner but he was always happy with my work. Before I was fired, I asked the manager about overtime and she said that it only applied after 40 hours of work. I didn't think I was eligible so I never brought it up again.

I researched this 'rule' and in California the laws are very strict: anything over an 8-hour shift is considered overtime. It baffles me that my boss doesn't know. He probably assumes that I will just go away; but I am going to follow through with this complaint."

If you work in California and you feel that you are owed overtime pay, please contact a [Overtime, CA] lawyer who will evaluate your claim at no charge.
Request Legal Help Now