Costco Workers Clocked Off and Locked In

The giant discount club store Costco may soon find itself in a big box load of trouble. A cashier from a San Marcos, California warehouse store and several other Costco employees say their employer's daily routine of asking workers to clock out and then holding them in the store until all the doors are secured amounts to little more than false imprisonment--and a labor law violation. 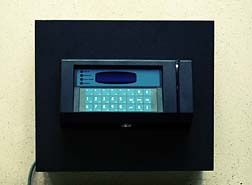 They've hired top-notch lawyer David Sanford from the renowned civil rights firm of Sanford, Wittels & Heisler in Washington D.C. to represent them in two class action suits alleging the company is in violation of federal and state labor laws, "If in fact Costco closes the doors and locks people in at the end of day, as we allege," says attorney David Sanford. "And if the people who are locked in and clocked out are restrained against their will--this is clearly a violation of the law."

The store tells its employees that they do this for loss prevention and security reasons. When one of Sanford's clients, Mary Pytelewski, complained about being forced to stay in the store without pay when she thought she should be allowed to go home Sanford says the store started "treating her differently".

"They have insisted as recently as a few days ago that she transfer and change into a different section of the store," says Sanford. "Any time a company requires a change in employment status-either a demotion or a termination or a transfer--it is considered a violation under the retaliation statute if you can show a causal relationship."

Sanford's firm has a reputation for taking on big corporations on behalf of people that wouldn't have a chance on their own fighting against powerful employers. It has won millions of dollars for clients in employment discrimination and wage and hour violation suits. "We are a civil rights firm, we take on primarily civil rights matters and those matters typically involve individuals or groups of individuals against large corporations," says Sanford. "We hope to level the playing field."

Because Costco is a national company and one of the suits alleges a violation of the federal labor law, this field is going to be huge. "We plan on amending to include other individuals who are similarly situated," says Sanford, speaking from France where he is taking a break after filing papers this week on behalf of the Costco workers. "They are already contacting us as we speak, they have phoned us and others have contacted us through email."

More Employment News
Sanford expects that ultimately the complaint will include hundreds, even thousands of Costco workers. The plaintiffs are asking for some $50 million in back pay as well as damages dating back to 2005.

The firm's track record means there is no shortage of potential work for Sanford and his partners, but a dispute with a heavy weight employer and a large group of aggrieved individuals is Sanford's idea of interesting. "When there are hundreds of people, all subject to the violations of the law then it is clearly a case that speaks to me."

Costco has not commented on the complaint.

David Sanford is a founding partner of the law firm Sanford Wittels & Heisler and a graduate of the Stanford Law School (1995). He has extensive class action and litigation experience. Sanford zealously and vigorously represents the interests of individuals across the United States in civil rights, wage and hour, commercial litigation and personal injury matters.
READ ABOUT Employment LAWSUITS