The Council on American-Islamic Relations has filed a complaint against clothing retailer Abercrombie & Fitch for firing a Muslim employee who refused to remove her hijab, a head scarf which has varying religious connotations in the Muslim faith. 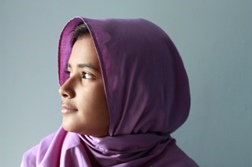 This is not the first employment discrimination complaint that has been filed with the US Equal Employment Opportunity Commission over discrimination at Abercrombie and Fitch. In 2004 the retail chain reached a $50 million agreement with the EEOC over its recruiting practices, which allegedly involved hiring mostly white men and women.

"The company has a history of very explicit discrimination," said Zahra Billoo, programs and outreach director in the Council on American-Islamic Relations (CAIR) office in Santa Clara, CA, to Law.com this week.

More employment News
The 19-year-old woman, Umme-Hane Kahn, was reportedly told when she was hired as a stockroom worker that she could wear her hijab at work, which she did without incident until this month. A district manager who came to visit told Kahn that scarves and hats did not fit the company's "look" and sent her home.

A press release by CAIR cites Title VII of the Civil Rights Act of 1964, which states that employers may not discriminate against individuals because of their religion and must accommodate employee religious practices unless doing so would create an "undue hardship" for the employer.

In September, 2008, yet another complaint was filed with the EEOC against Abercrombie & Fitch, this time by a prospective employee who was denied a job at Abercrombie Kids in Tulsa, OK, because her hijab didn't fit the company "look."

Click to learn more about LawyersandSettlements.com
LawyersandSettlements.com - A trusted, independent legal news provider bringing quality news and information on all legal cases and lawsuits filed in United States of America to its readers since 2002. Over 250,000 legal help requests including Civil & Human Rights Cases, and Discrimination Cases have been forwarded to lawyers all across to the country.