People who are uninsured and seek medical attention are often charged far more than they should be for the hospital’s emergency room services. Hospital emergency room charges are not disclosed prior to the patient obtaining care, meaning the uninsured patient has no way of knowing what his or her charges will be. Attorney Barry Kramer, of the Law Office of Barry Kramer, says uninsured ER patients who received no discount or adjustment on their hospital bill and would like to dispute the excessive charges may be able to file a lawsuit against the hospital. 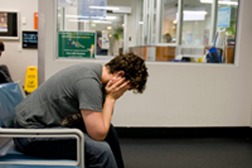 This overcharging issue affects patients who are not insured and who obtain emergency medical care in a hospital emergency room setting. ER patients are typically required to sign a treatment authorization contract that requires payment for hospital services but fails to set out specific charges or any rate schedule. The patient signs the contract and receives medical care, but only finds out after the fact how much the hospital has charged. Kramer says his clients have been charged thousands of dollars or more for a couple of hour’s stay with minimal treatment.

According to Kramer, hospitals maintain an artificial rate structure, called a “Charge Description Master.” These charge-master rates, Kramer says, are not charged to patients who are insured, or who have Medicare or Medicaid. They are grossly excessive rates, and charged only to patients who are not insured for their visit.

Kramer has recently been successful in an ER overcharges lawsuit filed against a major Washington hospital chain, and says that uninsured patients who did not receive a special discount or waiver of charges on their bill may be eligible to file a lawsuit against the hospital, regardless of whether they have paid some, all or none of their hospital bill.

More EMERGENCY ROOM CHARGES News
“Hospital overcharging of uninsured patients is a national scandal,” Kramer says.
“Although some hospitals have instituted special discounts for uninsured patients, many others have chosen not to do so.”

Kramer says he is involved with several actions across the country based on hospital overcharging of uninsured patients, and is experienced in unfair hospital overbilling practices. Patients who are uninsured often have financial difficulties that extend beyond their hospital bill. For them, paying the hospital’s exorbitant charges or filing an individual lawsuit is often impossible, but a class-action lawsuit can be cost-effective and allow access to billing information more easily.

“Emergency Room overcharging for uninsured patients is an epidemic in the US,” Kramer says. “Major hospitals have a hidden set of charges for every item of service they provide, and the only people charged at these rates are uninsured patients.”

Posted by
hennifer r et id
on April 16, 2015
Hospital in Virginia suing poor who previously was granted charity care.after they sue they garnish paychecks..have many people this happened to.
Posted by
Beverly Goodwin
on November 30, 2014
I went to the emergency room of St. Joseph's Hospital in Houston. I went there for a bug bite and I had difficulty breathing.

The only care I received is a script for Medrol and Hydroxine. No blood work taken and I was told that in the state of Texas it is illegal to draw blood in the E.R.

When I have asked for the list of charges, I was told that they could not find any record of my being there.