Back in 2017, a law was passed to protect Californians against surprise medical bills for non-emergency care. Before that, AB1611 was proposed: it was supposed to protect against emergency room overcharges but California consumers are still getting gouged by out-of-network providers. 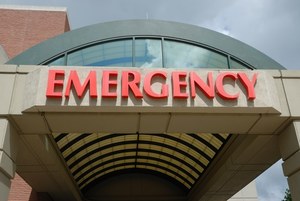 Two years after California’s surprise-billing law, AB-72, was introduced, not everyone was on the same page regarding whether or not the law was effective. “In general, the law is working as intended,” said Anthony Wright, executive director of Health Access California, a patient advocacy group that pushed for AB-72. “Patients are protected and the providers are getting paid.”

But some doctors don’t believe AB-72 is working. For example, anesthesiologist Dr. Antonio Hernandez Conte told California Health Line in 2019 that the law creates “imbalances in the health care marketplace that are decreasing access to care”. Other physicians said the law’s constraints on what insurers pay under AB-72 has allowed companies an unfair advantage in negotiations with doctors, and that may affect patients.


AB-72 was intended to protect consumers who use an in-network hospital, or other health care unit from receiving surprise bills if cared for by a doctor not contracted with their insurer.

The doctor’s payment from an insurer in those situations is based on either the average contracted rate for similar services in the area or 125% of what Medicare would have paid, whichever is greater.


AB 1611 was intended to protect privately-insured patients from receiving unexpected, expensive medical bills after receiving emergency care in an out-of-network hospital. The legislation would have prohibited patients from paying more than the cost sharing they would have paid if they had received the care at an in-network hospital, according to State of Reform.  It was set to be heard in the Senate Health Committee in July 2019, but pulled by Assembly member David Chiu, who introduced the bill, due to “insurmountable opposition from lobbyists and CEOS for California hospitals.”

Chiu said the bill would not put hospitals out of business. Instead, it “proposes a solution that ensures a fair reimbursement to the hospital that is based on the market—the average of their contracted rates—rather than the monopoly they have in an emergency situation, which now allows the hospital to charge whatever they want.”

More EMERGENCY ROOM CHARGES News
The bill would have limited what hospitals could charge insurers for out-of-network emergency services by requiring the health plan to pay the out-of-network hospital based off a specified formula. This formula was defined as “The reasonable and customary value of the hospital services or the average contracted rate for the same or similar hospital services in the general geographic region in which the services were rendered.”

“No consumer, especially one that is insured, should be at risk of being sent to collections or facing financial ruin just because they did the right thing and went to an emergency room when they thought they were in need of emergency care,” wrote Chiu. He has vowed to continue working on the legislation to bring it forward this year.

Click to learn more about LawyersandSettlements.com
LawyersandSettlements.com - A trusted, independent legal news provider bringing quality news and information on all legal cases and lawsuits filed in United States of America to its readers since 2002. Over 250,000 legal help requests including Drugs & Medical Cases, Consumer Frauds, and Insurance Cases have been forwarded to lawyers all across to the country.