A number of elements go into the calculation of emergency room fees. Apart from the cost of providing care, hospitals must factor in reasonable expectations that some bills will go unpaid and that insurance companies will try to negotiate certain charges down – sometimes because of suspicions of healthcare fraud. The net effect, however, is that patients pay more. 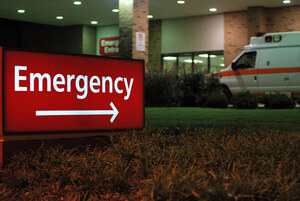 U.S. v. James, a criminal case now being heard in the Eastern District of New York involves a third-party billing scheme that misfired spectacularly when Matthew James took it upon himself to impersonate the General Counsel of the NFL to demand payment of a fictional $36,000 medical bill.

A taped phone call did him in


James is the former head of third-party medical billing company, Leale Inc. Leale managed billing for the NFL’s insured medical plan with Cigna. James was indicted in 2019 on charges of health care fraud, health care fraud conspiracy, wire fraud, aggravated identity theft and money laundering conspiracy. From 2013 to 2019, he allegedly submitted improper billing codes to make it look like his out-of-network physician clients had performed more complicated and expensive procedures than they actually did.

In 2018, James called the customer service representative at Cigna and identified himself as Jefferey Pash, the NFL’s top lawyer. He gave Pash’s birthdate and insurance number. He then demanded payment of a $36,000 bill for an out-of-network emergency procedure his wife had undergone at Lenox Hill Hospital. The phone call was taped.

Pash’s wife had, in fact, gone to Lenox Hill earlier that year, but only for a few stitches on her chin. At trial, Pash testified that the voice on the tape recording was not his and that he had never made such a call. He was unaware of the impersonation until sometime later.


Many people are familiar with healthcare provider fraud that involves things like overcharging for services and equipment actually provided or the services of specialists only briefly seen. “Upcoding,” the practice of using billing codes that reflect a more severe illness than actually existed or a more expensive treatment than was provided seems like a comparatively common form of low-grade grift that, nonetheless, harms patients.

Third party fraud is very different. This is fraud as a business. It often involves individuals who have no significant medical or health care education, training, or experience. In addition, according to a recent report, the perpetrators often have prior criminal histories for economic fraud, drug dealing, theft or forgery. The schemes rely heavily on obtaining legitimate patient medical and insurance information, which is then used to bill for fictional services or equipment. The third-party biller generally gets paid a percentage of the amount it collects from the insurer. There is, thus, an incentive to bill and collect as aggressively as possible.

Medicare, Medicaid and many commercial health insurance plans allow third-party independent billing companies to process claims and payments. Criminals are able to hijack this legitimate process because of the sheer volume and complexity of medical billing.

More EMERGENCY ROOM CHARGES News
Another alternative involves a company that poses as a health services provider which also functions as a broker of medical services. In this case, the company submits health insurance claims on behalf of contracted doctors or providers through a legitimate third-party biller and adds claims for services not provided. The broker company then receives both the payments and the benefit statements from Medicare or the health plan for the claims. Since the doctors or providers do not receive the benefit statements, they are not aware that the broker is adding claims and keeping the payments for the fraudulently billed claims.

James’s scheme seems like a relatively simple variation of this second alternative. Although his attorney acknowledges that James’s tactics were aggressive and “pushed the boundaries,” he insists that James’s conduct did not rise to the level of criminal activity.