Advocacy Often the Difference between Fair Billing and Getting Fleeced

The last thing a person needs at this time of year are disputable emergency room charges over and above the Christmas bills that will soon be rolling in from the holidays. Advocates suggest that all too often ER bills are inaccurate, too high and are almost impossible to resolve without the help of a professional. 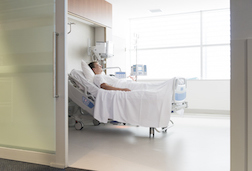 A telling example of just what can happen with regard to an emergency room bill was recently illustrated by the plight of Candice Fleszar, a mother of four from Lowell, Michigan who found numerous discrepancies with her er bill. “Look at the itemized bill. It might surprise you,” Fleszar told a reporter from USNEWS.com (11/25/16) in November.

Fleszar was in hospital for the birth of her daughter. Afterwards, she scoured her itemized bill and found a charge for saline solution which had been ordered but did not arrive in time and thus, was not used. Yet Fleszar was charged for it.

“We have to be our own advocates, and that’s not easy with our busy lives,” Fleszar says.

For patients who are uncomfortable advocating for themselves, or for whom self-advocating for excessive emergency room fees or other hospital charges is proving unsuccessful, a professional advocate or a dispute medical bill attorney is often a wise option – especially when faced with tens of thousands of dollars in fees and services that may be in dispute, and may not need to be paid after all.

Sometimes, even the patient advocate has to turn to the courts, in order to resolve an issue. Michelle Riddle, who owns Complete Dignity Healthcare Advocacy headquartered in Gilbert, Arizona, told USNEWS.com that one of her clients had been booked into hospital for surgery, but wound up not requiring a particular procedure. The various products required for the procedure had been procured and were available to be deployed in the operating room when needed– but were never used, when the procedure was deemed unnecessary.

When the bill for surgery arrived, the costs for those unused products had been added to the hospital bill, resulting in a situation of hospital overcharging. When pressed on the issue, the hospital nonetheless refused to amend the bill. Riddle had no choice but to turn to the courts to resolve the issue.

Costs for items required for treatment post-surgery is another point of contention. One patient was billed for a brace, provided by the hospital, at a charge of $400. The patient looked up the exact same brace online and found that it retailed for $60.

Double-billing is also something to watch. Riddle told USNEWS.com of one instance where a surgeon was paid by the hospital for a procedure, but had also billed the patient directly. Since the surgeon had already been paid by the hospital, the disputed medical bill was reduced, following advocacy, from $13,000 to $95.

Had the patient not sought help, either from a patient advocate or a hospital overcharging attorney, a total of $12,905 might have been paid by the patient when it didn’t need to be.

More EMERGENCY ROOM CHARGES News
Advocates suggest that patients should review their emergency room fees and / or hospital bills with a fine-tooth comb, with line-by-line comparisons of an itemized bill to itemized service records and the patient’s own medical chart. Requesting, and having available such documentation – as well as documenting phone calls or any other form of communication – goes a long way in helping an attorney resolve the issue on the patient’s behalf.

Riddle, for her part, notes that in her experience some hospitals and health care providers are slow in making corrections. “It’s almost like [they think], if we can drag it out long enough maybe the patient will give up and pay,” resulting in additional emergency room costs or hospital overcharging.