Beyond any attempt to determine why emergency room charges are so high in New York and other states, is the reality of sometimes receiving treatment from a practitioner outside of a patient’s insurance network, leaving the patient with little choice but to cover the bill. In a situation such as this, it equates to finding oneself under-insured. 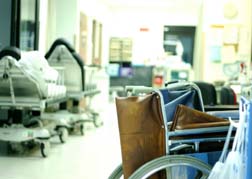 One example of both the high costs associated with even minor treatment, and the surprises that come via health networks, is reflected in the recent interview by www.LawyersandSettlements.com writer Jane Mundy, who recently profiled a Florida man who took five stitches to his brow playing soccer.

As he described his ordeal to Mundy, the Adventura resident waited in the ER for about half an hour before a nurse took his vital signs, after which a doctor administered five stitches to the wound. The man went home, returning in ten days to have the stitches removed.

That was the extent of treatment. The bill came in just shy of $4,000. About half the bill was emergency room cost.

As Mundy explained, the ER bill was $1,900 for which the patient was covered in his health network. The doctor, however, wasn’t – and the man was saddled with a bill for $2,000 after his insurance company declined the charge.

This happens more often than not, according to a report from ABC News and broadcast on World News Sunday (11/20/16).

According to the report, New York resident David Connors brought his teenage son into hospital with a broken femur – an injury sustained during wrestling practice. Brian Connors was treated, and sent home.

Total cost, including the ER bill? “I think it was somewhere in the ballpark of $10,000” Connors told ABC News.

The Connors family has health insurance, and had verified the hospital to which their injured son was taken, was correctly within their health network for coverage. However, unbeknownst to them, two of the ER doctors were not in their health network. Thus, while their emergency room bill was covered, the emergency room cost related to treatment performed by the two out-of-network doctors, was not.

That equates to a family suddenly finding themselves under-insured due to either an oversight, or misinformation. It has left the Connors family and others like them in a dispute medical bill situation.

And there are others, according to ABC News. The situation the Connors found themselves in, is not unique. The ABC News report referenced a study that found one, out of every five patients treated at in-network emergency rooms are assigned a doctor that is out of their network. While five states afford patients some modicum of protection when this kind of thing happens, most states do not.

New York is not one of them.

More EMERGENCY ROOM CHARGES News
High emergency room bills in tandem with allegations of hospital overcharges can saddle an otherwise insured patient with extra ER charges and other fees – equating to something resembling an under-insured situation. For those without insurance of any kind, the high costs of treatment can leave patients in financial ruin.

For patients who are covered for emergency room bills and other hospital-related fees, it often comes as a shock when it is determined at a later date the attending physician is not part of their network.

Advocates suggest patients grappling with such a situation commence a dispute medical bill conversation with their insurer, or failing that try to work out something directly with the billing physician, according to the ABC News report.

Others have launched a hospital overcharging lawsuit, in an effort to recoup losses.