If You’re Uninsured Hospital Overcharges can Ruin Your Credit, and More…

“If you’re uninsured, emergency room overcharges can ruin your life,” says Frank. “I realized that when I had to pay for five stitches. The hospital bill was more than putting my kid through two college semesters—it’s like highway robbery!” 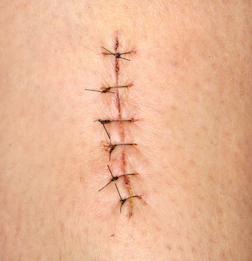 Frank got elbowed on his eyebrow playing soccer and was treated at Aventura hospital. After giving his insurance information and waiting in ER for about 30 minutes, a nurse took his vitals and about ten minutes later a doctor gave him five stiches and sent him home. Ten days later Frank returned to get the stitches out and then the bills arrived.

“My insurance policy only covered me for the first $700, which left me responsible for $1,200,” says Frank. He thought almost $2,000 was rather steep—or $400 per stitch. Frank called the hospital and worked out a payment plan: $28 per month until the amount is paid in full. He was willing to pay that amount, until another bill came in the mail—about three months later.

As for Frank’s eyebrow, the doctor did a good job and he doesn’t have a scar. But was it worth the expense? “Nah, I think it’s okay for a guy to have a little scar,” he quips. “Thank god I’m in a position to pay for it. But what is someone has a serious accident and can’t pay hospital overcharges?” That’s when someone seeks legal help.

Posted by
Jordon Sbabo
on November 28, 2016
I have numerous outstanding medical expenses both from hospital ER visits and overnight stays. I have bill collectors calling me and law firms trying to sue me for breach of contract. All I can do is dodge them. The amount of my ER visits are staggering and my credit score isn't even 500 this whole thing has runined my life
Posted by
Darcel Chambers
on November 27, 2016
I am still getting bills from ER for an allergic reaction. I had no insurance.