An emergency room charges lawsuit we reported on earlier this month has expanded to include two additional facilities. The case (Herrera et al. v. JFK Medical Center Ltd. et al., Case No. 8:14-cv-02327, in the US District Court for the Middle District of Florida) has been amended to include two additional plaintiffs and two other facilities owned by defendant HCA Holdings Inc. (HCA). 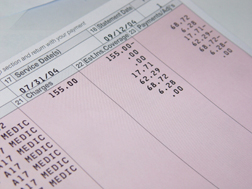 According to court records, Florida residents Nicholas Acosta and Penny Wollmen were added to the putative class action, as were Memorial Hospital in Jacksonville and North Florida Regional Medical Center Inc. in Gainesville.

The crux of the dispute, as we reported earlier in the month, is allegedly inflated costs that adversely affected the plaintiff’s Personal Injury Protection (PIP) coverages. In the state of Florida, all operators of motor vehicles are required to carry PIP insurance under the Sunshine State’s No Fault Car Insurance Law. The minimum is $10,000 in coverage that requires the payment of a deductible before the coverage kicks in.

Plaintiffs in the proposed dispute medical bill class action claim that excessive costs billed to PIP providers by the defendant hospitals exhausted their PIP coverage prematurely and/or resulted in excessive out-of-pocket expenses on the part of the plaintiffs.

Marisela Herrera and Luz Sanchez, the original plaintiffs, hold that excessive emergency room cost was unnecessarily inflated. Some procedures and services were grossly overpriced, or so it is alleged.

According to court records, Herrera and Sanchez were both charged $6,404 for a CT scan of the brain that would normally cost $163.96. Their PIP plans were also billed $5,900 for a CT scan of the spine and $2,222 for a thoracic spine x-ray. Those procedures, according to South Florida Medicare, carry standard “customary and reasonable” rates of $213.14 and $38 respectively. Herrera required a lumbar spine x-ray that was billed at $3,359. Normally, according to standards for customary and reasonable pricing, that procedure would cost just $51 as suggested by South Florida Medicare, according to the lawsuit.

Wollmen was charged $6,853 for a CT scan of her cervical spine, $6,140 for a CT scan of her brain and $1,454 for an x-ray of her thoracic spine by North Florida Regional Medical Center for an examination and treatment that occurred in February 2014. Acosta has reportedly been billed more than $13,000 for radiology services, which runs beyond the $10,000 limit of his PIP coverage.

The lawsuit alleges systematic overcharging, and further alleges violations to the Florida Deceptive and Unfair Trade Practices Act, amongst other claims.

More EMERGENCY ROOM CHARGES News
The original emergency room bill lawsuit brought by Herrera and Sanchez was filed in Florida state court in August and plaintiffs moved for class certification a week later. Defendants were successful in removing the case to federal court September 17, where US District Judge James S. Moody Jr. denied plaintiff motions for class certification and a stay of the case for briefing. The judge felt such actions were premature.

The initial hospital overcharging lawsuit involved JFK Medical Center in Atlantis, Florida. All three hospitals now named in the er charges lawsuit are owned by HCA, which operates hospitals and surgical centers in 20 states, including 80 facilities in the state of Florida. The emergency room fees lawsuit is limited to the Florida-based HCA facilities specifically. HCA maintains headquarters in Nashville, Tennessee.

Posted by
To
on September 8, 2015
Happened to my daughter. In a fender bender with no injuries or treatment and charged over 17,000 for 2 CT scans!