More Elmiron Lawsuits, including Canada Class Actions, and the Impact of Vision Loss

As more Elmiron consumers are aware of the risks involved with long-term use of the medication, more Elmiron lawsuits are filed from plaintiffs in the U.S. and Canada suffering with vision problems, which can cause immense impacts.

More Elmiron lawsuits are being filed in the U.S. and Canada has filed two class action lawsuits, all alleging the interstitial cystitis drug can cause permanent vision damage. 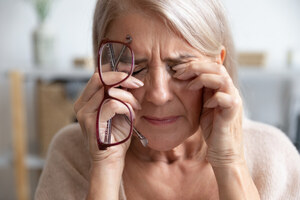 While plaintiffs’ complaints differ regarding how long Elmiron was used to treat interstitial cystitis, and a range of vision problems have been cited, all lawsuits, including the class action in British Columbia and the other in Quebec, are similar. All claim the manufacturers “failed to disclose the serious link between Elmiron use and significant visual damage, including pigmentary maculopathy” and Elmiron did not properly warn patients of the risks, according to the Quebec complaint.

In August 2020, two women in the U.S. filed lawsuits against Elmiron manufacturers— Johnson & Johnson and its subsidiary Janssen, Bayer and Teva—accusing them of failure to warn consumers of Elmiron’s risk, negligence, designing Elmiron in a way that makes the drug defective and hazardous to health, and fraudulent misrepresentation of the risks associated with Elmiron. One woman had taken Elmiron for about four years, the other woman ten years. These complaints (cases are Johns v. Alza Corp. et al., case number 3:20-cv-10341, and Levy v. Alza Corp., case number 3:20-cv-10342, both in the U.S. District Court for the District of New Jersey).


A condition known as Pentosan Polysulfate Sodium Maculopathy, or pigmentary maculopathy, refers to damage to the retina and is highly associated with the use of Elmiron. Pentosan polysulfate sodium (PPS) is the active ingredient in Elmiron.

In a study published in Opthalmology back in November 2018, researchers concluded that maculopathy associated with chronic exposure to PPS is “possibly avoidable". Another study published in January 2019 associated the “Chronic use of pentosan polysulfate sodium with risk of vision-threatening disease, and a number of articles have been published with similar conclusions.

As well, studies have found that patients with interstitial cystitis who don't use Elmiron have no instances of pigmentary maculopathy. But many other issues are related to vision loss, from mental health issues to a higher risk of falling. One 2014 study published in JAMA Ophthalmology linked poor vision to a reduced life expectancy. Additional issues can include cognitive decline, difficulty learning, and a feeling of being discriminated against.

More ELMIRON VISION LOSS News
If that’s not enough information to withdraw Elmiron from the market, a 2016 report describes the impact of vision loss as: