It’s a toss-up: whether to send 80 Elmiron vision loss lawsuits to Pennsylvania or New Jersey. Currently the latter seems to be the best bet. Lawyers have so far filed 80 Elmiron lawsuits and they anticipate hundreds more. 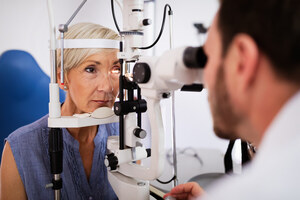 Plaintiffs are rooting for the Garden State. On September 23, plaintiffs urged the Judicial Panel on Multidistrict Litigation to transfer federal litigation to Judge Brian R. Martinotti of the U.S. District Court for the District of New Jersey. Plaintiffs’ attorney Hunter Shkolnik told Law360 that the Elmiron case is ripe for consolidation before the panel. “Twenty-four actions are pending out-of-state before Judge Martinotti and the Garden State would be an appropriate transferee court for these cases,” he told Law360.


Several reasons.
(A movant makes a motion before a court, and the job of the movant is to convince a judge to rule, or grant an order, in favor of the motion.)


Judge Martinotti would be an "excellent" jurist to manage the litigation given his experience in mass tort litigation during his time on both the federal and state benches, according to the patients (plaintiffs). The judge was nominated to the state court bench in 2002.


At issue is failure to warn. Only a few months ago—after several actions were already filed in (primarily, New Jersey) federal courts—the Elmiron label was revised to warn of the same vision-related injuries suffered by Plaintiffs. The Elmiron package insert was not revised until June 16, 2020.

More ELMIRON VISION LOSS News
Plaintiffs have brought claims under state tort law, and for consumer fraud, negligence, breach of express warranty, breach of implied warranty, common law fraudulent misrepresentation and fraudulent concealment, and loss of consortium. They also seek punitive damages for Defendants’ wrongdoing. In an emailed statement, Janssen claims no wrongdoing and it is reviewing the filing and is “committed to defending the allegations made in these lawsuits."

The MDL Case is MDL No. 2973,  Elmiron (Pentosan Polysulfate Sodium) Products Liability Litigation in the U.S. District Court for the District of New Jersey.