On the heels of studies linking the bladder drug Elmiron to vision loss, lawsuits are being filed nationwide against Janssen Pharmaceuticals, claiming the interstitial cystitis medication causes serious vision damage, namely maculopathy — a degenerative disease of the retina. Further, the drug manufacturer has been accused of knowing the Elmiron vision risks and not disclosing them. 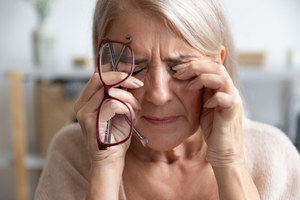 Tina Pisco began taking Elmiron in 2012 to treat interstitial cystitis, also known as “painful bladder syndrome.” In March 2019 she was diagnosed with permanent retinal injury in both eyes. In May 2020 she filed an Elmiron lawsuit against Janssen Pharmaceuticals, a subsidiary of Johnson & Johnson. Pisco alleges that the drug maker’s “dangerously defective prescription drug” was “designed, marketed, and distributed . . . while knowing significant risks that were never disclosed to the medical and healthcare community.”

The following two women—plaintiffs-- say they could have avoided irreversible eye damage if warnings had been provided by the drug makers.

Rebecca Gassman was diagnosed with macular degeneration, permanent retinal injury and vision loss in March 2020, after taking Elmiron for nine years. In her lawsuit Gassman claims her injuries were caused by the “toxic side effects of Elmiron on the vision and retina”. And similar to Pisco’s allegations, Gassman alleges the manufacturers knew about the association with Elmiron and vision problems but chose not to warn patients and the medical community, even after reports of recent problems and studies over the past few years.

According to Gassman’s lawsuit: “Defendants ignored reports from patients and health care providers throughout the United States of Elmiron’s failure to perform as intended, and injuries associated with long term use which led to the severe and debilitating injuries suffered by Plaintiff, and numerous other patients…Rather than doing adequate testing to determine the cause of these injuries or rule out Elmiron’s design as the cause of the injuries, Defendants continued to market Elmiron as a safe and effective prescription drug for interstitial cystitis.”

And a Florida woman, Tara O’Flaherty claims in her lawsuit that, despite the numerous reports and studies linking Elmiron to retinal damage and vision loss, Janssen failed to include any warnings or mention of these potential side effects in the Elmiron labeling and marketing materials provided to doctors and patients. O’Flaherty’s case is 2:20-cv-00330-SPC-MRM, with U.S. District Judge Sheri Polster Chappell presiding in the Middle District of Florida.

More ELMIRON VISION LOSS News
According to O’Flaherty’s attorneys, thousands of people could be affected, and more lawsuits will follow nationwide. But their biggest obstacle will be finding potential plaintiffs because Elmiron isn’t as well-known as other drugs facing class action lawsuits.

Attorneys are currently reviewing claims from individuals who have taken Elmiron, have been diagnosed with a retinal disease and are experiencing symptoms such as:

Elmiron has been sold as a safe and effective drug for bladder and pelvic pain since its FDA approval in 1996. But many adverse event reports and research now indicate there is a link between side effects of Elmiron and eye disease that results in irreversible retina damage, vision loss and blindness.