Is Effexor an Antidote for Seasonal Affective Disorder?

Among the various concerns with Effexor (venlafaxine) are Effexor birth defects and Effexor PPHN, amongst other Effexor side effects. Such concern can only escalate this time of year as we approach the holidays and deal with the shortening of daylight and the onset, for some, of seasonal affective disorder (SAD). 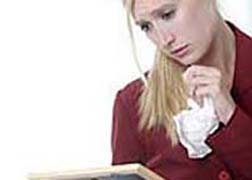 A time of year that is supposed to be joyous and brimming with good cheer can be just the opposite for some, who view the approaching yuletide as a depressing event driven by financial troubles or family discord.

Beyond that, is the onset of shorter days with limited light coupled with cooler fall weather - especially in the northern states.

"We're not talking about people just getting sluggish, although that is a common complaint this time of year," said Dr. Parks, in comments published November 23 in the Asheville Citizen-Times. "This disorder is diagnosed when people show significant signs of depression, are tired all the time and can't function on a daily basis the way they do the rest of the year.

"For some it's a difficult time, but for many, it's truly debilitating."

Given statistics from the National Mental Health Disorders Association, about 14 million Americans - or about 10 to 20 percent of the population - suffer from mild winter SAD. Nearly five percent suffer with more severe symptoms.

Many will combat the effects of SAD with exercise, nutritional supplements or light boxes. For the remainder however, treatment with an antidepressant such as Effexor is often recommended.

Thus, the concern for Effexor side effects.

And what happens in the spring and summer, when the sun and warmer weather makes a return? Do you go off Effexor? Such a decision must be in concert with the doctor who initially prescribed Effexor, given Effexor side effects associated with stopping the drug too quickly.

This can best be illustrated by a patient who wrote into The Berkshire Eagle of Pittsfield, Massachusetts, October 24, with the observation that when he, on occasion, missed a dose or two of citalopram, "I get brain zaps.

"It's like a jolt, a shiver, almost that feeling when you're in a meeting and you nod off for a split second and then catch yourself. Sometimes it happens as often as every 20 seconds or so."

More EFFEXOR PPHN News
It was noted that citalopram and other shorter-acting antidepressants like Effexor could trigger withdrawal symptoms. Thus the decision to come off the medication, or reduce dosage once symptoms of SAD dissipate with the changing of the seasons, should be made in concert with a doctor in order to mitigate the potential for Effexor side effects.

As for expectant mothers suffering from SAD, pregnancy alone can put a woman through an emotional roller coaster only heightened by the onset of seasonal affective disorder. However, given the potential for Effexor birth defects, are there not safer alternatives to get you through the cold, dark winter months without posing a risk to the unborn child? Be that as it may, the yuletide season - and especially in the northern states - can be a very stressful time.