New Study Suggests Effexor Side Effects May Include Cataracts

A new study has found that an increased risk of cataracts may be one of many previously unreported Effexor side effects. 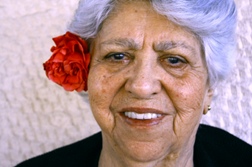 Researchers from British Columbia and Quebec examined around 205,700 Quebec residents aged 65 and older, 18,700 with cataracts and 187,000 without cataracts, to draw a statistical analysis of this population. According to the Vancouver Sun, researchers found a substantial link between cataract diagnosis or surgery and the usage of antidepressant medications, like selective serotonin reuptake inhibitors (SSRIs).

More EFFEXOR PPHN News
The results of the study suggests a 34 percent increase in the risk of developing cataracts for those taking Effexor; the increase in cataract risk for those taking Paxil was 23 percent. Researchers hope to study this phenomenon more closely in the future.

Effexor, along with similar drugs that are classified as SSRI or SNRI (selective norepinephrine reuptake inhibitors) anti-depressants, has also been linked to birth defects.

A Danish study published in September 2009 reported a link between SSRIs and major congenital malformations, including cardiac malformations. The risk was increased among women who had prescriptions for SSRIs filled in the 30 days prior to conception through the end of the first trimester, compared with those who had no SSRI prescriptions filled during the same period.

Effexor is in FDA Pregnancy Category C, meaning that there could be a risk to the unborn baby if exposed to Effexor prior to birth.