A Canadian study suggests that Effexor side effects include an increased risk of cataracts. According to a 3/15/10 report in the National Post, researchers discovered that patients taking Effexor and other selective serotonin reuptake inhibitors (SSRIs) were approximately 15 times more likely to be diagnosed with cataracts than people not taking the drugs. Researchers found that the use of SSRIs increased the risk of cataracts to approximately 23 percent, up from 20 percent in the general population. 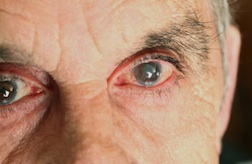 However, researchers noted that the increased risk varied among SSRIs. Effexor, known generically as venlafaxine, was associated with a 34 percent higher likelihood of patients undergoing cataract surgery.

Researchers noted that the study does not prove that using certain antidepressants causes the cataracts, just that there is an association between the two. They also noted that cataracts are treatable.

Although Effexor is frequently included on a list of SSRIs, it is actually an SNRI (serotonin-norepinephrine reuptake inhibitor) because it affects levels of both serotonin and norepinephrine in the brain. It is used to treat major depression, generalized anxiety disorder, social anxiety disorder and obsessive compulsive disorder. Off-label, Effexor is sometimes used to treat migraines.

Studies that examine the effects of SSRIs often include Effexor. According to Nicole Maldonado, attorney with Baum, Hedlund, Aristei & Goldman, this is because Effexor is similar to SSRIs.

"SNRIs, like SSRIs, are considered 'newer' antidepressants that have a similar mechanism of action, inhibiting re-absorption of one or more neurotransmitters that are released between neural synapses when a neuron sends a signal," Maldonado says. "They both inhibit re-absorption of serotonin. They have similar intended effects and similar side effect profiles, so along with a similar mechanism of action, they are often included in studies or analyses together."

The study further found that at 19 months, the children exposed to antidepressants had greater difficulty occupying themselves for more than 15 minutes those who had no exposure to the antidepressants. Researchers concluded that there was a "permanent or reversible effect of antidepressant exposure on fetal brain development."

Effexor is manufactured by Wyeth. It is classifed as a Food and Drug Administration (FDA) pregnancy category C drug.
READ ABOUT EFFEXOR PPHN LAWSUITS

If you have suffered losses in this case, please send your complaint to a lawyer who will review your possible [Effexor PPHN Lawsuit] at no cost or obligation.
Request Legal Help Now

Posted by
Susanna Kay Mikkelson
on August 25, 2021
I have been on Effexor for years. I tried to ween myself off of it, but my migraines recently got worse. They increased my dosage to 100 mg per day. I started to have cloudy vision so I went to see my eye dr. I had an eye exam in May of 21 with no Catarats, this time, in Aug, I have Catarats in both eyes. I have been on the increased dosage for 6 months. Is this a coincidence?