Although some people are concerned about the risk of Effexor side effects, including a reported increased risk of Effexor birth defects, many people do not question whether or not antidepressants such as Effexor are effective. Some studies, however, suggest that antidepressant medications are only slightly better than a placebo at treating depression, while other studies suggest that taking various medicines at once lowers the effectiveness of the antidepressants. All this makes it more difficult to determine whether the risks of Effexor side effects are worth the benefits. 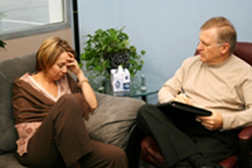 A recent study conducted by researchers at The Rockefeller University suggests that painkillers, including aspirin and ibuprofen, can decrease the effectiveness of some antidepressant medications. The study, as reported by MSNBC (04/26/11), examined the effects of non-steroidal anti-inflammatory (NSAID) drugs on selective serotonin reuptake inhibitors (SSRIs).

Researchers did not determine how much of the painkillers were required to counteract the effectiveness of the antidepressants. For example, a patient may take one painkiller every few weeks for a headache, compared with some people who use anti-inflammatory medications daily to deal with chronic pain.

Published in the journal Proceedings of the National Academy of Sciences (04/20/11), the study involved testing mice by giving them an SSRI and an anti-inflammatory drug before evaluating their performance on certain mobility tests. Researchers found that when the mice were given only an antidepressant, they scored significantly higher in the mobility test, but when they were given an anti-inflammatory as well, their mobility score dropped.