An Informed Consumer is Key to Avoiding Effexor Birth Defects

Earlier this summer, a Canadian study detailing some of the effects of Effexor and other antidepressants on pregnant women and their babies hit the pages of TIME Magazine. The study examined the relationship between selective serotonin reuptake inhibitors (SSRIs), serotonin-norepinephrine reuptake inhibitors (SNRIs) and the older tricyclics on miscarriage. 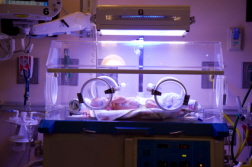 The Canadian study, released at the end of May and profiled in the Journal of the Canadian Medical Association, found that drugs commonly prescribed to treat anxiety and depression were linked to a significantly higher risk of miscarriage than a matched control group of women who were not users of antidepressants.

Of the numerous antidepressants studied in the Canadian research, two were singled out as the worst offenders. One of those identified was Effexor (venlafaxine) and the side effects specifically related to miscarriage.

There are other adverse reactions associated with Effexor that come into play within the context of a pregnancy, including Effexor heart defects that directly impact the newborn. Many families have joined class actions after realizing too late that the use of venlafaxine may have contributed to their babies' physical defects.

More EFFEXOR BIRTH DEFECTS News
Overall, the researchers found that the risk of miscarriage was greatest among women who combined the use of two or more classes of antidepressants. When researchers looked at the small amounts of data on patients using specific drugs, they found that those taking paroxetine alone had a 75 percent higher rate of miscarriage than women without depression, while women taking venlafaxine (Effexor) had a more than doubled risk. "To my knowledge, we are the only ones to go further and look at which class [of antidepressant] and which dosage increased the risk most," said Anick Bérard of the Faculty of Pharmacy at the University of Montreal.

Many mothers whose newborns suffered Effexor baby heart defects were in the dark about the risks of the medication until it was too late. Few will take the time to read medical journals or research the drugs they are taking, relying instead on their doctor to apprise them of needed information. Many an Effexor lawsuit has stemmed from the failure of a doctor to properly inform a patient of the potential risks.

It is always a delicate balance when deciding whether to discontinue an antidepressant, weighing the benefits to the mother against the potential risk to an unborn child. Advocates stress that while there is no easy answer to that conundrum, it is always important to ensure the expectant mother is properly informed of all the issues.
READ ABOUT EFFEXOR BIRTH DEFECTS LAWSUITS