Fentanyl Patch either too much or not enough

Catherine says when her husband was first admitted to hospital he was given 25 mg fentanyl patches every 3 days for pain in his back and hip, but it only seemed to work for a short time. His fentanyl Duragesic patch eventually increased to 175 mg and still he suffered. "My husband had never been in hospital before," says Catherine. "He wouldn't even take a Tylenol, so this was really bad." 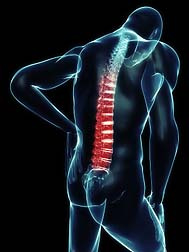 Catherine's husband, Marvin, was diagnosed with bone cancer and spent six months in hospital before he was sent home. "Marvin was an army drill sergeant, 6' 3" and 270 pounds—he was a tough guy," says Catherine, "but when he put one of these patches on, it would just about knock him out the first day.

"In hospital, they kept increasing the strength of the patch to keep the pain down. He also had meds every 4 hours for break-through pain. But Marvin kept complaining about the patch—it worked the first day and after that it didn't help. ''If I take this patch and put it on your wife, she would pass out, that is how strong it is,' his doctor said, "even though you have worn it for three days." We just assumed that doctor knows best. Even though Marvin was up to 175 mg of fentanyl, by the second day of the patch, the break-through pain was unreal, he could barely stand it.

Marvin went into hospital on Thanksgiving day and on December 22 he got off a shower chair and broke his leg—I think it was because he was so out of it on Day 1 of the patch. The assistant described it as a snapping noise—his leg was swollen to twice its size. He was in so much pain already that he didn't realize it was broken right away.

A box of fentanyl patches—175 mg--was given to Marvin when he went home. I understand that bone cancer is the worst—that you hurt all over. When he first put on the patch he slept a lot, he was so groggy and out of it and even his speech was slurred. But by the second and third day, he was in pain again.

I think it leaked and he got the whole 3-day dose the first day. Marvin was home almost three weeks before he passed away on April 11, 2007. It was horrible that he was in so much pain before he died because the patch didn't work properly.

I kept the fentanyl patches and the packages he used just before he died. When I heard about the defective patches, I went online and found a list of recalled Duragesic patches and all the generic lots—some of those numbers matched the ones that Marvin had."

More FENTANYL News
In February 2008 Johnson & Johnson recalled all lots of 25 microgram/hour (mcg/hr) Duragesic CII patches, the brand form, and all generic lots (also 25 mcg/hr) with expiration dates of December 2009 or earlier from pharmacies in the US and Canada. It is estimated that about 32 million of the fentanyl-containing Duragesic Pain Patches have been recalled and the company estimates that about two out of every million patches could be defective. But those figures don't add up, according to the FDA, and this isn't the first time the agency warned the public about the fentanyl patch.

In July 2005, the FDA said it had received 120 reports of deaths related to fentanyl pain patches and countless more reports of accidental overdoses associated with the fentanyl Duragesic pain patch between the 2005 and 2006.