The recent lawsuits against the maker of the Duragesic Pain Patch are not the first to be filed. In fact, in 2006, the daughter of a woman who died while wearing a Duragesic patch won her lawsuit against Johnson & Johnson's Alza Corp, the company that manufactures the patch. Unfortunately, the companies involved in manufacturing Duragesic patches ignored signs warning of defective patches and continued to sell their product, putting many people at risk of an overdose. 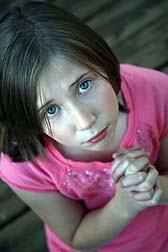 As reported by the Houston Chronicle, the jury deciding the case found that the makers of the Duragesic patch were negligent in the death of Michealynn Thompson. Her daughter was awarded $772,500 in the personal injury lawsuit. According to the suit, Thompson was wearing the Duragesic patch to help manage pain caused by a car accident. However, when she died, Thompson had 10 times the dose of fentanyl necessary for pain management in her body.

Four days after Thompson's 2004 death, the makers of the patch recalled the product due to reports of leakage, causing patients to overdose on fentanyl. Lawyers for Thompson's daughter argued during the lawsuit that around 2.5 million Duragesic patches were recalled. Furthermore, of 40 lots of Duragesic patches manufactured between January 2003 and June 2004, 35 lots included patches that leaked. Only five lots did not contain defective patches.

Imagine any other company manufacturing a product in which 87.5 percent of the lots contained a unit that was not only defective, but also highly dangerous to its customers. That is an astounding number. Less than 15 percent of the Duragesic lots were completely safe to use, and still the company stood by the product's "safety." Would a company in any other industry, except for the drug industry, get away with such a lousy record?

Despite these problems, the FDA did not request a recall of the Duragesic pain patches until earlier this year, again due to defects in the patches that caused fentanyl to leak. After having 2.5 million patches recalled due to defects, and considering that the patches were leaking a very dangerous substance, fentanyl (a class two opioid), you would think that the makers of the patch would have taken more care to ensure that their product was safe for patients to use.

Apparently, they did not. Now, more patients have been exposed to fentanyl due to defective pain patches and some have died since the first recall was announced. Many may have died without their loved ones realizing that fentanyl was the cause of death. Thompson's family only learned about the Duragesic link to her death because the doctor who treated Thompson the day she died phoned the family after the patch was recalled to alert them. Without that phone call, they may never have known what actually caused her death.

More News
How dangerous is fentanyl? Dangerous enough that use of a single defective patch can cause a person to suffer an overdose, respiratory depression and death. Fentanyl acts as an anesthetic that can, in high enough doses, cause the brain's respiratory center to shut off. Patients may not even realize they are experiencing an overdose until it is too late. Others may simply put a patch on and go to sleep, suffering an overdose without ever waking up.