The Many Pitfalls of the Duragesic Fentanyl Patch

When you're dealing with a medication 80 times more potent than morphine, you are entrusting your very life to the capacity of the Duragesic Fentanyl patch to dispense medication properly—because it could leave the user in severe distress, or dead. One coroner has said a lethal dose of fentanyl can strike so quickly, there isn't even time to call the EMS.

Earlier this year, various lots of the Duragesic Fentanyl patch were recalled due to a concern over the potential for a manufacturing defect inherent with some of the patches. A small cut, or tear in the internal reservoir risked the possibility that too much fentanyl might be released at one time, posing a hazard to the user, as well as a caregiver. 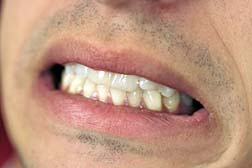 Fentanyl was first synthesized in Belgium in the late 1950s, and made its first entry into medical practice as an intravenous anesthetic in the 1960s. Since then, fentanyl has found a foothold as both a potent painkiller often prescribed for cancer patients or those with chronic, debilitating pain—but also as a sought-after illicit drug. It has been determined that the biological effects of fentanyls are indistinguishable from those of heroin, albeit hundreds of times more potent, according to the US Food and Drug Administration (FDA). The government's drug watchdog issued its second warning in as many years in late 2007 with regard to the misuse of the fentanyl skin patches, after a number of deaths were reported.

For example, the consumption of alcohol increases the risk of an overdose. That suggests that people for whom the patch has been prescribed should avoid alcohol not just while wearing the patch, but also for as long as the fentanyl drug remains in their system. For chronic pain sufferers who use the patch on a regular basis, a constant level of fentanyl in their system would suggest alcohol consumption of any kind should be avoided at all costs.

A similar caution holds for those who might exhibit an increase in body temperature, or are exposed to heat from hot tubs, saunas, heating pads, electric blankets or heat lamps.

Such is the Achilles' heel of the transdermal patch for the controlled absorption of medication; heat, and other factors can allegedly alter the amount of medication absorbed. Take nicotine, for example: that kind of variable might not pose an issue. However, for a medication with the intensity of fentanyl, such a variable could potentially have disastrous consequences.

More News
Given that the administering of fentanyl is not within a controlled process such as an IV drip in a hospital setting, it is incumbent upon the medical community to ensure the fentanyl patch is prescribed carefully, and to those for which the patch is the most appropriate form of pain control. There have been reports of the Duragesic fentanyl patch being prescribed for a simple headache. And yet, the patch is only safe for those who have an existing tolerance for opioid drugs. Users of the fentanyl patch need to adhere to strict conditions for using the patch, or they could be putting their health in peril. Doubling up on the patch for severe pain, which some have been known to do, translates to a veritable death sentence.

Whether it be due to a patch that has a tear in the reservoir, or other factors identified above, signs of a fentanyl overdose include trouble breathing, a slow heartbeat, severe sleepiness, trouble walking, dizziness or feeling faint.

Lawsuits are currently going through the courts on behalf of individuals who have died, or were severely injured—people who never knew what hit them…

Posted by
Darek
on December 1, 2012
I am currently using the Fentanyl 25mcg patch for many pain issues. I have been on a 3mg Dilaudid drip when hospitalized, morphine and oxycodone 30mg instant release and felt pain relief. This patch is new and, with feeling a little odd sometimes, the patch does provide constant pain relief. I am VERY cautious what else I ingest as any alcohol, etc. I underdstand, can kill me VERY quickly w/o warning. To those reading this, if you need relief from severe pain yet want to live....no alcohol.