Duragesic/Fentanyl patches have been the object of recall on two separate occasions in less than one week. The first recall was from PriCara and Sandoza, recalling all patches of 25 microgram/hour. The patches were produced by Alza.

Less than one week after the PriCara and Sandoza recall, fourteen lots of the Duragesic patches were recalled by Actavis South Atlantic LLC in strengths of 25 mcg/hr, 50 mcg/hr, 75 mcg/hr, and 100 mcg/hr. The Actavis patches were manufactured by Corium International. There had been alleged compromising of the patches due to a slit on the side of the pouch for the first recall. The second recall was allegedly to ensure the safety of patients that had been using the patches for pain relief. Concerns were that patients may be receiving too high of a dosage of painkiller from the patches. 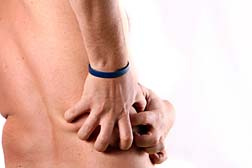 The possibility for legal ramifications is allegedly imminent due to the recalls. Johnson & Johnson has seventy-four lawsuits pending against them involving the deaths of people that had used the patches. The Texas court system awarded $772,500 to a family whose relative passed away in 2004 from a Duragesic patch malfunction. The patch allegedly put more Fentanyl into the woman's system than her body could handle. At this time Johnson & Johnson will not disclose exactly how many cases are directly seeking restitution.

The recall is not only affecting the United States. It appears that Canada has concerns regarding the recent recalls as well. A cautionary health warning was issued by the Canadian regulatory authority, Health Canada. Due to the concern over the U.S. recall Canada has recalled its own Duragesic/Fentanyl patches. The Canadian recalled patches were produced by Alza. The Canadian types recalled were Duragesic by Janssen-Ortho and Ranbaxy packaged as Ran Fentanyl Transdermal System patches.

More News
Duragesic was first given the green light for use in the United States in August, 1990. There have been several recalls for the pain patches since its inception. According to liaisons for Johnson & Johnson the early recalls of the Duragesic patches were for other types of manufacturing issues than what the current patches are allegedly supposed to have.

Steps for creating the Duragesic/Fentanyl patches include pouring the gel into two layers then sealing them shut. Johnson & Johnson is addressing the manufacturing issues concerning the patches. However, it is alleged that the slit may have been caused by a fold-over issue. Given this possibility there could be a threat of patients and caregivers coming into direct contact with the gel. At this time the company is unable to fully explain why the current patches incurred the slit. In 2007 Duragesic patches yielded revenue of $1.16 billion for Johnson & Johnson.