Duragesic Pain Patches: "It was Horrid"

When Karen H (not her real name) was put on the Duragesic Pain Patches she had already been diagnosed with serious illnesses, including carcinoma, cirrhosis and Hepatitis C. However, she says that when she was on the Duragesic patch, she felt worse than she did prior to using the patch. 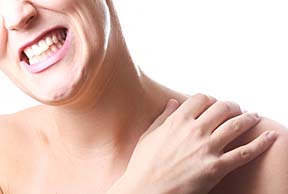 "My doctor sent me to a pain management specialist and they prescribed the [Duragesic] patches," Karen says. "When I was using the patches, I would get these horrible blisters underneath the area where the patch was. It was so bad that I got something called weeping skin. I was asleep and I would scratch and scratch at it unknowingly. I would even sometimes rip the patch off in my sleep and throw it across the room.

"The doctors said I was allergic to the plastic, but I don't believe that because I've been on other patches to quit smoking and I had no reaction to those."

Karen says that the weeping skin became a serious problem. "I got many infections through the blisters while I was using the patches because my immune system is not really strong. It was very painful to take the patches off because it was like the skin just ripped off when I took the patch off. My skin was almost like mush. It was horrid."

In addition to the blisters, Karen says she suffered other serious side effects, including dizziness, confusion, numbness in her limbs, lack of appetite, irregular heartbeat and difficulty breathing. In fact, her breathing problems were so bad that she was diagnosed with sleep apnea after she started using the patches. "I would wake up in the middle of the night making this horrible gasping sound," Karen says. "My home care aide had to sit where he could hear me in the night.

More News
"I felt like I was going to die when I was on those patches, and I could have. When I went back to the pain management specialist, there was a new doctor there and he absolutely refused to use the Duragesic patches. He actually told me, 'You wait and see. There are going to be big problems with these patches.' He would not prescribe them. He was right. I saw later on the news that they were recalling the patches because of overdoses.

"It scares me that this is going on."

Patients are now investigating lawsuits against the maker of the Duragesic Pain Patch, alleging that defects in the patch allowed fentanyl gel, a highly concentrated pain medication, to come into contact with their skin. Even a small amount of gel contact with the skin can cause patients to suffer a fentanyl overdose, which can be fatal.

If you or someone you love suffered an overdose from using Duragesic Pain Patches, contact a lawyer to discuss your legal options.