Duragesic Fentanyl isn't often in the news—but it was last month by way of an advisory from the US Food and Drug Administration (FDA) and a warning to parents regarding the risks that fentanyl can pose to children. 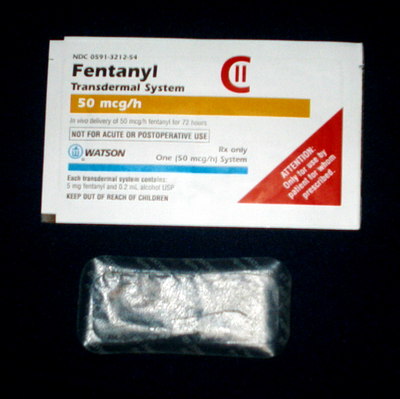 The Duragesic patch contains fentanyl, an opioid (and classed as a narcotic) several times more potent than morphine. The product was designed to deliver ongoing pain management to patients experiencing chronic pain. The fentanyl is contained in a reservoir inside the patch. When applied, a properly functioning patch is designed to administer measured amounts of fentanyl through the skin—enough to dull intense pain, yet not enough to pose a health risk.

Previously, there have been instances where the Fentanyl Duragesic patch has been compromised due to a manufacturer's defect, putting many patients in serious jeopardy. A Duragesic patch recall was undertaken several years ago for just that reason. Caregivers need to handle the patches with care, to avoid the possibility of fentanyl getting into their system through their hands and fingers.

Fentanyl can be lethal.

Last month, the FDA issued a communiqué, warning of the dangers Fentanyl patches can pose to children. CNN Wire reported April 19 on the FDA advisory that stated, in part:

"Young children are at particular risk of accidental exposure to fentanyl patches. Their mobility and curiosity provide opportunities for them to find lost patches, take improperly discarded patches from the trash, or find improperly stored patches, all of which may result in patches being placed in their mouths or sticking to their skin. Additionally, young children are at risk of exposure when being held by someone wearing a partially detached patch, which can then transfer to the child."

Duragesic side effects can slow breathing, and even result in death. To that end, the FDA reports 10 deaths and 12 cases requiring hospitalization out of 26 incidents of accidental fentanyl exposure since 1997, the FDA says.

Those are the reported incidents. Many more go unreported, especially given the rise in illicit use of the Duragesic pain patch by non-patients.

More DURAGESIC FENTANYL PATCH News
The Suffolk News-Herald on March 30 referenced the overdose death of 17-year-old Briley Marie Compton the previous April. The Portsmouth, Virginia teen died from a combination of Coricidin and fentanyl, two drugs that were not prescribed to her, but allegedly given to her by her boyfriend. Her death, on April 22, 2011, was initially ruled accidental, stemming from a fall. But nearly a year after her tragic death, on March 28, William Daniel Conroy Jr. was indicted on a charge of second-degree murder.

It is not known if the Compton family has filed a fentanyl lawsuit.

While illicit use of the Duragesic pain patch is something a manufacturer can't easily control, there are plenty of instances of patients having died, or whose health has been severely compromised as the result of a defective fentanyl patch or improper use of the patch. In some cases, doctors have prescribed fentanyl for conditions not warranting such a potent opioid. In others, patients have fallen ill or have died from the use of a fentanyl patch while unaware of the consequences.

Many a Duragesic lawsuit has followed.

If you or a loved one have suffered losses in this case, please click the link below and your complaint will be sent to a defective products lawyer who may evaluate your Duragesic Fentanyl Patch claim at no cost or obligation.
Request Legal Help Now

Posted by
Melissa
on September 24, 2012
I have been using this patch for more then four days, and it's pretty good but it don't last long, I have a question ? can i take a bath with this thing on, if not to late?