Eleven years after Eli Lilly introduced Zyprexa to the market, and 12 years after a large clinical study indicated risks for weight gain and diabetes, the manufacturer has finally beefed up the warning labels on its best-selling product.

Lilly maintains that their product label has always referred to risk factors from the beginning. Nonetheless, the makers of Zyprexa bowed to pressure by the U.S. Food and Drug Administration (FDA) and expanded its label warnings to include risk factors for weight gain, high cholesterol, high blood sugar and other metabolic problems.

Such risk factors can lead to the development of diabetes.

Concern about the side effects of Zyprexa has been building for several years. 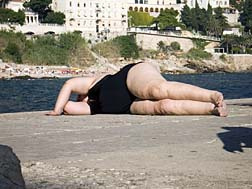 In 2002, six years after the introduction of Zyprexa, both the Japanese and British health authorities issued stern warnings about the drug and diabetes-related complications in their respective countries. However, even as the Great Britain Medicines Control Agency, and the Japanese Health and Welfare Ministry were issuing their dire communiquï¿½s about Zyprexa, Eli Lilly is alleged to have continued its practice of playing down the side effects, and encouraging doctors to issue prescriptions for Zyprexa off-label.

While doctors have the legal and medical right to prescribe medications as they choose, it is a contravention of law for drug companies to market products for off-label purposes.

Among various side effects associated with Zyprexa, including hyperglycemia and pancreatitis, the potential for onset of diabetes represents a major concern. There have been 288 documented cases of diabetes-related complications among Zyprexa patients, together with 23 deaths.

What's more, a growing number of patients were finding that their weight gain exceeded the suggested plateau of a few months. Indeed, Lilly has now been forced to admit that weight gain may continue for as long as two years after starting therapy, a claim that must also be reflected on the product label.

One out of every six users of Zyprexa will gain more than 33 pounds over two years, the label now states.

Zyprexa is among the newer breed of atypical antipsychotics, and is prescribed for schizophrenia and bi-polar disorders. Along with the side effects noted above, Zyprexa can also be quite expensive, at $8,000 for a 12-month supply of the standard 20 mg dose.

Still, it remains a popular drug for Eli Lilly, and the manufacturer's biggest seller. In spite of continuing dips in sales amidst controversy and concern over the drug, Zyprexa brought in $2.3 billion for Eli Lilly globally in the first half of this year alone, with nearly three million prescriptions in the United States. And while the jury is still out as to whether the new, more expensive breeds of atypical antipsychotics work better than older, cheaper versions, some maintain that the absence of the facial tic side effect is worth any cost.

However, the cost to one's overall health is a continuing debate.