Zelnorm was pulled from the market on March 30, 2007. But Nancy Harris didn't know about the recall until her doctor phoned the pharmacist to get her prescription renewed. Isn't it the duty of Novartis, the manufacturer of Zelnorm, to notify the medical community when its drug has been linked to heart problems and even death? When its drug has been recalled?

On March of 2007, the FDA formally requested Novartis to recall Zelnorm, an irritable bowel syndrome drug. This was indeed bad news for the drug maker: Nancy Harris had taken Zelnorm for the past four years and there were about 500,000 others like her. In 2006, Novartis enjoyed over $488 million in revenues from this drug alone! 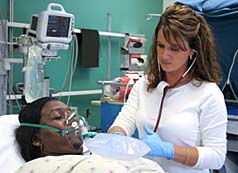 "I was prescribed Zelnorm for irritable bowel syndrome but I started to have pains in my chest, something wasn't quite right," says Harris. "Then it seemed as though the drug wasn't working as well so my doctor told me to take it three times a day instead of once daily. That would have been in late 2004 when I started taking 18 mgs per day.

"The chest pains got worse and I even ended up in ER a couple of times; they said it could have been angina but didn't go into much detail. They did ask me what drugs I was taking but didn't respond when I told them I was on Zelnorm. Of course this was before the recall. I went back to my doctor and told him about my chest pains but I stopped seeing him because he wasn't listening to me.

I felt like nobody seemed to care that I was having these pains. Then a friend recommended I see another doctor, so about one month ago I did just that. He didn't know that Zelnorm had been pulled from the shelf -- he found out by calling the pharmacist. He was going to get my prescription for Zelnorm refilled!

After that incident, he still didn't address my chest problems. I feel like, 'what is the point'. But I am pretty scared because I was on Zelnorm for years and I took a large dose. At this point I just don't know what to do. I asked my doctor if I can be referred to a specialist but he wanted to be paid the full amount for an office visit up front and then reimbursed by my insurance company. I can't afford to pay hundreds of dollars for a doctor's visit.

I am surprised that my doctor tried to get Zelnorm refilled after it was recalled. I would have thought that the medical community would be notified when drugs such as Zelnorm are taken off the market. One gastroenterologist tested me for my irritable bowel syndrome about two weeks after I stopped taking Zelnorm. She had the decency to write me a letter, telling me it had been taken off the market.

I am very concerned now. My chest pains are off and on. When I get them, it feels like pressure right in the middle of my chest and sometimes it moves around to the left side. I want to think it is just gas but now I am thinking it is more serious than that. I am in quite a dilemma. Hopefully I will get some extra money together and afford to get these tests done. Or find another doctor. It is frustrating and I don't feel there is enough concern over this drug. I am only 45 years old -- way too young to have chest pains. I get my job done regardless but I feel like crap most of the time -- mostly I'm just miserable over this."