"My wife started taking Zelnorm in 2003 for stomach problems and it seemed to work, up until July 5, 2006," says Steve. That is the day Sylvia, his wife, passed away. 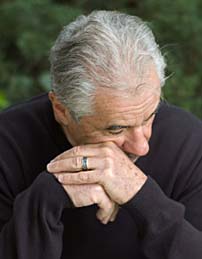 "Sylvia took one Zelnorm tablet twice a day and she got refills every few months," says Steve (first name only to protect his privacy). "She started to get breathing problems and one day they got so bad that I drove her to ER. The doctors said she was having a heart attack. She quickly went downhill. They air vacced Sylvia to a hospital in Portland and she was kept in a special cardiac unit.

The team of doctors in Portland tried to stabilize her - I think her heart stopped five times in 2 ½ days in the hospital. She lived through the next day and the following day the doctors told me there was nothing more that could be done for her. I signed the papers not to resuscitate.

Sylvia had a heart attack on my birthday, lived through our 35th wedding anniversary and died on her 56th birthday. That's right, she had just turned 56 and there was no history of heart disease in her family.

The only medical problem Sylvia had was slightly elevated blood pressure. She went to the doctor for regular checkups; in fact she visited him just a few days before her heart attack and there was no indication that she had a heart problem.

I recently heard on the news that there was a problem with Zelnorm -- then I did more research on the Internet. I never could figure out why this happened. Until now.

The Zelnorm website said there was only one death reported but it seems strange to me that they pulled it off the market with only one death. I don't believe it. I was angry so I contacted an attorney. He said that his office is getting calls nationwide.

Sylvia was the only person in my 60 year life that ever loved me and if the makers of Zelnorm had any idea this drug had dangerous side effects... I'm having a hard time talking about this - I used to be a tough guy but not anymore.