Before the FDA's Psychopharmacologic Drugs Advisory Committee begins the discussion at the December 13, 2006, public hearing on the suicide risks associated with selective serotonin inhibitor antidepressants, it should get honest with the audience and openly admit that the SSRIs do not even work.

Medical professionals maintain that in order to justify the use of a drug, its benefits are supposed to outweigh its risks and therefore, there should be a discussion of exactly what benefits result from the use of SSRIs, in any population, that would outweigh the suicide risks associated with this class of medications.

The most popular SSRIs sold in the US include Paxil, Prozac, Zoloft, Lexapro and Celexa. 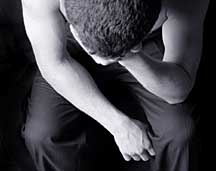 As far as the benefits of the various SSRIs, an April 2002 study in the Journal of American Medical Association compared the effectiveness of Zoloft, St John's Wort, and a placebo and found that the placebo treated patients had the highest rate of remission of symptoms at 31.9%, and Zoloft's 24.8% was barely better than the rate of remission with St John's Wort of 23.9%.

The FDA's own records on Celexa (citalopram) show the agency knew the drug to be ineffective when it was approved, and the agency based its approval on 2 marginally positive studies out of a total of 17 conducted.

A March 26, 1998, memorandum by Thomas Laughren, of the FDA's Psychiatric Drug Products, notes a total of 17 clinical trials on Celexa, including 2 uncontrolled trials, 6 active controlled trials showing no difference between treatments, and 2 placebo controlled trials that were too small to be considered studies.

"While 3 other placebo-controlled short-term trials (86141, 89303, and 89306) were negative, and not easily interpretable since there were no active control arms," he stated, "I feel there were sufficient reasons to speculate about the negative outcomes and, therefore, not count these studies against citalopram."

Dr Laughman also counted 2 relapse prevention trials as effective to support the drug's approval. "Overall," he wrote, "I consider these results sufficient to support claims of both short-term and long-term antidepressant effectiveness of citalopram."

However, other FDA officials were not so eager to stretch the truth about the weak studies with medical professionals and consumers. For instance, a May 4, 1998 memo by Paul Leber, Director of the Division of Neuropharmacological Drug Projects, on the subject of "Approvable Action on Forrest Laboratories NDA 20-822 Celexa," said the pubic had a right to know the truth about all the trials submitted to the FDA for the approval of Celexa.

He advised that the drug labeling should not only describe the trials that showed Celexa's adequate effects; but should also describe the "well controlled clinical studies that failed to do so."

Dr Leber specifically pointed out that Study 86141, Study 89303, and Study 89306, all failed to provide results confirming the positive findings of Studies 85 and 91206, the two clinical trials that Dr Laughman listed to support the approval of Celexa.

"I am aware that clinical studies often fail to document the efficacy of effective drugs," Dr Leber wrote, "but I doubt the public, or even the majority of medical community, are aware of this fact," he said.

"I believe that labeling," he stated, "that selectively describes positive studies and excludes mention of negative ones can be viewed as being potentially "false and misleading.""

"I believe it is useful for the prescriber, patient, and 3rd party payer to know," Dr Leber wrote, "without having to gain access to official FDA review documents, that citalopram's antidepressants effects were not detected in every controlled clinical trial intended to demonstrate those effects."

"I am persuaded," he stated, "they not only have a right to know, but should know."

When Forest Labs got Lexapro approved in 2002, it was nothing more than a chemically altered version of Celexa, and Forest Labs spent a fortune on persuading doctors to switch patients to Lexapro before its top selling drug Celexa lost its patent protection in 2004.

At the time, Forest could point to only one lone study, that the company itself paid to have published that claimed Lexapro was any better than Celexa. The paper, by Dr Jack Gorman, of the Mount Sinai School of Medicine, pooled the results of three studies and concluded that Lexapro "may have a faster onset" than Celexa, according to a report by Melody Peterson in the November 22, 2002 New York Times.

Dr Gorman's paper was published in CNS Spectrums, a medical journal he edits, and Forest paid Medworks Media, a small medical marketing company that publishes the journal, to print the article in a special supplement.

Other researchers disagreed with the study results. "The Medical Letter, a nonprofit newsletter respected for its independence from the pharmaceutical industry," Ms Petersen reports, "reviewed the same clinical trials as Dr. Gorman and concluded ... that Lexapro had not been shown to be better than any other antidepressant, including Celexa."

As for Paxil, in June 2004, New York State Attorney General, Eliot Spitzer, charged GlaxoSmithKline, with fraud for hiding studies that "not only failed to show any benefit for the drug in children but demonstrated that children taking Paxil were more likely to become suicidal than those taking a placebo."

According to Mr Spitzer, Glaxo published only one of 5 studies it conducted, and even that one showed mixed results.

Prozac (fluoxetine) was also known to be ineffective before it was approved for use in the US. While serving as an expert witness in a lawsuit, psychiatrist and SSRI expert, Dr Peter Breggin, author of, "Talking Back to Prozac," reviewed a July 1985 in-house analysis by its maker, Eli Lilly, that showed Prozac had failed to demonstrate efficacy in clinical trials with patients taking Prozac verses a placebo or a tricyclic antidepressant.

"When this potential economic disaster for Eli Lilly was discovered," Dr Beggin reports, "the FDA allowed the company to include in its efficacy data those patients who had been illegally treated with concomitant benzodiazepine tranquilizers in order to calm their over stimulation."

"Basically, Prozac was approved in combination with addictive benzodiazepines such as Ativan, Xanax, and Valium," he says, "but neither the FDA nor the drug company revealed this information."

"With these patients included," he states, "statistical manipulations enabled the FDA to find the drug marginally approvable."

An internal Lilly document dated March 29, 1985, says, "The benefits vs. risks considerations for fluoxetine currently does not fall clearly in favor of the benefits."

Medwatch is the reporting system by which adverse events involving prescription drugs are reported to the FDA. Within one decade of Prozac's arrival on the market, there were 39,000 adverse event reports submitted to Medwatch and that number is said to represent only about 1% of the actual number of adverse events, according to an April 22, 2006 report by the Citizens Commission on Human Rights.

Serious questions about the possible link between suicide and SSRIs began in 1990, when Martin Teicher, of McLean Hospital in Massachusetts, reported on 6 patients who he said experienced "intense, violent suicidal thoughts" after taking Prozac.

He offered three possible theories for the increased suicidality: (1) SSRIs gave patients more energy before lifting their depression, allowing them to act on a suicidal impulse; (2) the drugs worsened depression in a small subset of patients; or (3) SSRIs caused a state of agitation and restlessness.

In a February 10, 1990, report titled, "Emergence of Intense Suicidal Preoccupation During Fluoxetine Treatment," Dr Teicher said, "The purpose of this report is to suggest the surprising possibility that fluoxetine may induce suicidal ideation in some patients."

"In our experience," he wrote, "this side effect has occurred in 3.5% of patients receiving fluoxetine."

Throughout the 1990s, Eli Lilly publicly denied that Prozac was associated with suicide or violence, but by the year 2000, the company had quietly paid an estimated $50 million to settle over 30 lawsuits, according to an Indianapolis Star investigation.

When reviewing Lilly's studies on Prozac, Dr Breggin found that there were 12 suicide attempts in the Prozac group verses only one in the placebo group and one in the tricyclic antidepressant group, but that many of the suicide attempts were hidden under false categories.

"Even after the company winnowed out six of the suicide attempts," Dr Breggin says, "the remaining 6:1 ratio was alarming."

He also reviewed a November 8, 1998, study titled, "Activation and Sedation in Fluoxetine Clinical Trials," that showed a 38% rate of stimulation in the patients taking Prozac, even though, he says, many patients were sedated and many parameters of stimulation were not counted.

Another group of documents that he examined, contained a study conducted by the FDA on increased spontaneous post marketing reports of "hostility" and "intentional injury" by patients on Prozac. "These documents," Dr Breggin says, "were generated shortly before the 1991 FDA PDAC meeting that evaluated antidepressant-induced suicidality."

For this study, the FDA used the antidepressant, trazodone, as a control and found a 24-fold relative increase of reports of hostility and intentional injury per prescription of Prozac when compared to patients on trazodone.

"The spike in Prozac reports," Dr Breggins says, "occurred even before any public controversy surrounding Prozac and violence."

The documents he reviewed also contained graphs showing a 40-fold relative increase in reports of suicide attempts, overdose, and psychotic depression, in patients on Prozac compared to patients on trazodone.

"In one memo," Dr Breggin reports, "a Lilly employee expresses shame and regret about hiding this data."

In the case where Dr Breggin testified, Lilly was able to have the records sealed by the court where they remained hidden for roughly 10 years.

On April 10, 2004, the British Medical Journal, citing Jurendi et al, criticized the authors of studies on SSRIs for exaggerating benefits and downplaying their harm and noted a clinical trial of 93 children on Paxil that produced 11 serious adverse events, including 7 hospitalizations, compared to only two in children in the placebo group.

But the Paxil suicide risk does not only apply to children. An August 22, 2005, study by Norwegian researchers found that Paxil also increases suicide risk in adults. In the study of over 1,500 adults, 7 Paxil patients attempted suicide compared to only one attempt in the group of patients on a placebo. The researchers recommended that the warning not to prescribe Paxil to children should be extended to adults.

In Insight News, on October 4, 2002, investigative reporter, Kelly Patricia O'Meara, author of, "Psyched Out, How Psychiatry Sells Mental Illness and Pushes Pills That Kill (2006)," revealed a study conducted by Dr Arif Khan, medical director of the Northwest Clinical Research Center in Bellevue, Washington, that disclosed the number of suicides committed or attempted by patients in the clinical trials on SSRIs, that were kept hidden from doctors and consumers.

For the study, Dr Khan examined the official clinical drug-trial data for all SSRIs approved by the FDA between 1985 and 2000.

According to Ms O'Meara, the rate of suicides in the general public is 11 in 100,000, but the incidence rate for people participating in the SSRI trials was 718 for every 100,000. Dr Kahn's research also revealed that nearly 4% of study participants attempted suicide within the following year.

As for weighing the benefits against the above risks, the British Medical Journal published a study on July 16, 2005, by Joanna Moncrieff, senior lecturer in psychiatry at University College London, that found SSRIs no more effective than a placebo in reducing depression.

The study also found that trials on SSRIs with negative results were less likely to be published than those with positive results, and that even in the published trials, negative outcomes were often not presented.

Dr Moncrieff said she found "no good evidence that these drugs work."

If you or a loved on has increased suicidal behavior, please contact a [SSRI Antidepressants] lawyer who will evaluate your claim at no charge.
Request Legal Help Now