Over 500,000 people have taken Permax and lawyers Paul R. Dahlberg and Anthony Nemo of Meshbesher & Spence estimate that tens of thousands of those people are likely affected with heart damage, particularly moderate to severe valve regurgitation, because of this drug.

Dahlberg and Nemo are currently representing people injured after using Permax, a highly dangerous drug used in the treatment of Parkinson's disease that has caused countless Permax users to suffer heart damage.

Dahlberg served as lead counsel in the case of Ille v. Donaldson, a wrongful death case which resulted in a total verdict of $4.69 million and was recognized by Minnesota Law and Politics as the Largest Personal Injury recovery in 2001. 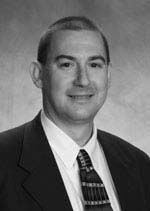 Nemo has represented thousands of people injured by medical devices such as the Sulzer hip implant, the Copper-7 and Dalkon Shield IUDs, Guidant ICDs and pharmaceuticals, including the Fen-Phen/Redux diet drugs, Baycol, Permax, and Prempro. As well, in 2003 Dahlberg and Nemo successfully recovered on a complex claim against one of Minnesota's largest health insurers for wrongfully denying mental health benefits to dozens of families based on improper utilization reviews. Nemo and Dahlberg are well equipped to handle Permax litigation.

It is particularly important to note that they represented sufferers in the Fen-Phen/Redux case: Permax has left the same injury footprint as these insidious diet drugs did.

Why have you both chosen to get involved in Permax litigation?

It is very similar to litigation that began in late 90s with Redux and Fen-phen - both are chemical cousins of Permax and they are also similar in another respect - they tend to activate serotonin receptors on the heart valves which can scar the valves and cause them to leak. This phenomenon was seen with the Fen-Phen and Redux diet drugs.

Meshbesher & Spence represented hundreds of plaintiffs injured by these diet drugs. Many clients participated in a class action settlement and were happy with the outcome. Others decided to sue Wyeth, the drug manufacturer, directly. There isn't one approach that works for every client. What we want to emphasize at this juncture is how serious the affects on the heart can be from these drugs - and by these, I mean both Permax and another 5-HT agonist called Dostinex.

Because Permax is so similar to Fen-phen, how could it be approved by the FDA? Why is it on the market?

I am appalled that Eli Lilly did not more strongly warn about the risk of cardiac valve disease long before it did. Lilly should have considered pulling Permax from the market back in '97 when Fen-phen and Redux were withdrawn - it is basically the same drug. Instead it took the drug maker six years to pull Permax.

But they are made by different drugs companies.

That doesn't matter; they should have known because of the similarities between the drugs. And for more than six years, articles have appeared in medical literature strongly suggesting that Permax was going to cause the same valve damage and resulting regurgitation as Fen-phen.

For example, in December 2002, The Mayo Clinic Proceedings published articles entitled "Valvular Heart Disease in Patients Taking Pergolide" and "Drug-Related Valvular Heart Disease: Here We Go Again: Will We Do Better This Time," which strongly warned about the similarity between the drugs.

Permax was leaving the same footprint. During the past five years, the medical community has been asking whether we would have problems with Permax but Eli Lilly ignored it. History repeats itself: After 2002, with so many articles linking heart problems to Permax, I am astounded that this withdrawal decision has taken so long to be made.

How can a patient tell if he might be a candidate for heart problems from Permax?

The main problem with Permax is that, if your doctor isn't specifically looking for this type of injury, it might not be discovered until it is too late. In other words, you must tell your doctor that you need an echocardiogram.

How can you help people right now?

First, people taking either Permax or Dostinex need to be aware of the potentially life-threatening side effects and consult with a doctor. Typically, worse adverse effects have been seen in patients taking the drug for long periods of time.

A lot of people are calling our office. People must be made aware that they have an increased risk - the drug companies certainly aren't telling them. For that reason, we are filing a medical monitoring class action case. We also represent individual people who have suffered heart damage in their claims.

What does a medical monitoring class action mean?

Potential Permax victims need to get an echocardiogram (an ultrasound of the heart) to determine whether they suffered valve damage. We know that most people can't afford this test, which costs between $1,200.00 -$1,600.00. Insurance companies do not necessarily cover it. So the first step is to get the drug company to be responsible for the testing. The drug makers have to determine how many people they harmed - it is their social responsibility. And they should have to pay for it.

Where is litigation heading after this step?

After the Fen-phen settlement, there seems to be a different approach that drug companies are taking. I think Eli Lilly will want to do the right thing and resolve their claims settlement, but that is merely a guess at this point. However, we have a signature injury and they should want to resolve it.

What can a Permax victim do to get involved with litigation?

Contact our office and talk to us - Paul or Tony. All they need to have beforehand is to have taken the drug. We will take care of obtaining the necessary medical and pharmacy records and any paperwork needed to evaluate their case.

What are you up against?

A lack of knowledge from the public. Right now, there is more publicity about dog food recalls than Permax! Making people aware of the danger of these drugs and the potential harm to their heart, that is the biggest challenge.

What can a plaintiff expect to achieve with a class action lawsuit?

Compensation for whatever harm this drug caused and expect to be part of something we are trying to do: hold this company responsible. Never underestimate the importance of doing the right thing.

Posted by
Abed Nadier
on February 26, 2014
It would be difficult to tackle a case that is so big. I remember when it came out that Permax was causing all these problems. A lot of people got legal representatives to argue their case. Getting an echocardiogram is serious enough that I hope they won their cases.