As a drug, OxyContin has been getting a bad rap. Recently in the news for allegations of misbranding and suspect marketing practices by its manufacturer and abuse by addicts and youths, the OxyContin debacle appears to be a case of a worthy product taken advantage of by greedy profiteers and a lax regulatory framework.

It is telling that, as much as OxyContin has been maligned in the media and by parents' groups, the fact that the U.S. Food and Drug Administration (FDA) has not recalled such a powerful painkiller suggests that the drug has continued merit in a controlled and approved circumstance. 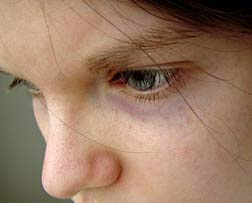 In fact for patients dealing with intense, chronic pain OxyContin is about the only thing short of sedation that will ease their suffering. Given that Purdue Frederick (Purdue Pharma) and three of the company's top executives were cited and fined for wrongdoing - but the drug is still approved - suggests who the real perpetrators were in this case. The product they were misrepresenting was little more than an innocent bystander.

Concluding what has been a long road for everyone involved, three high-level executives with Purdue Pharma were sentenced Friday to three years probation and 400 hours each of community service to be performed in drug treatment programs.

Michael Friedman, Purdue Pharma president until quite recently; Howard R. Udell, the company's top lawyer; and Dr. Paul D. Goldenheim, Perdue's former medical director, all pled guilty to charges of misbranding in May and were fined a total of $34.5 million between them. The company was fined $600 million, and put on probation for five years.

OxyContin is a powerful narcotic, available only by prescription. It first appeared on the market in 1996 and its primary ingredient, oxycodone, is not exclusive to OxyContin. In fact, the narcotic oxycodone can be found in other high-powered painkillers on the market, including Percocet and Vicodin.

What sets OxyContin apart from the rest, however, is that it is almost pure oxycodone, formulated into a tablet designed to release controlled amounts of oxycodone for a longer period of time. Thus, OxyContin is prescribed for patients with intense, chronic pain.

It didn't take long, however, for people to figure out that if you crush, or chew the tablets, all that narcotic is released at once, constituting a powerful, heroin-like high. It quickly became a boon for drug addicts and abusers.

In dispute, and the reason for the court proceedings, was Purdue Pharma's role in creating what turned out to be a tragic chain of events: The manufacturer was accused of fuelling the abuse by aggressively promoting OxyContin to general practitioners without sufficient skill to treat acute pain, or to recognize the potential for abuse.

Purdue denied those accusations, but nonetheless pled guilty as Purdue Frederick, the holding company, to a felony charge that it had fraudulently made statements to doctors and their patients that OxyContin held less chance for abuse than competing products featuring faster-release characteristics.

The FDA allowed Purdue Pharma to state only that because it was slow-release, it is believed that OxyContin might be less prone to abuse.

It appears that Purdue Pharma took the loophole granted them by the FDA, and abused it themselves.

In sentencing the three executives on July 20th, Judge James P. Jones of United States District Court at Abingdon, Virginia lamented that he was unable to issue an incarceration order given a lack of evidence introduced by the prosecution (as part of the plea bargain) to show that the officials had any knowledge of wrongdoing, in spite of their earlier guilty plea to the charge of misbranding.

An alert issued by the FDA on July 25th, 2001 and posted on its web site mandates a black box warning for OxyContin, making reference to "continuing reports of abuse and diversion.

"OxyContin, like morphine, has a high potential for abuse." The statement goes on to reveal that when chewing the tablet directly in the mouth, or pulverizing the tablet to snort through the nostrils, "the controlled release mechanism is defeated and a potentially lethal dose of oxycodone is released immediately."

Protestors and parents of youths who had died at the hands of OxyContin gathered outside the courtroom Friday, where they railed against Purdue Pharma for being, in their words, "a corporate drug pusher". Hundreds of deaths across the country have been reported from the inappropriate use of the nicknamed 'hillbilly heroin'. That, and the admission of guilt on the part of Purdue Frederick to misbranding, has prompted two Republican Congressmen from Appalachia to lobby the FDA to re-classify OxyContin for use in patients with severe pain only.

Currently, the drug can be prescribed for patients suffering 'moderate' pain.

OxyContin is a top performer for Purdue Pharma, at one time accounting for ninety per cent of total company sales.

As of Friday, there were no plans to appeal the judge's verdict.