Experts say the serious side effects associated with the use of the 3-drug cocktail of Seroquel, Depakote and Clonidine prescribed to Rebecca Riley when she was 2 and a half-years-old that resulted in her slow and torturous death two and a-half-years later should be known to all prescribing doctors by now.

According to police reports, Rebecca was under the care of Dr Kayoko Kifuji, at the Tufts-New England Medical Center, and her mother said Dr Kifuji prescribed Depakote to control Rebecca's mood, at a dose of 3 capsules in the morning and 3 capsules at night, administered by breaking the capsules open and sprinkling the contents on her tongue. 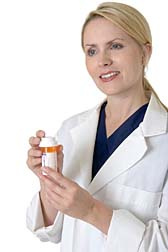 Experts say this combination of drugs has never even been studied in animals much less humans. As far back as September 2003, University of Maryland researcher Julie Magno Zito, said in an interview with Mother Jones Magazine, that she was surprised to discover that the new antipsychotics were being used to treat kids who "act out," and was also worried about Clonidine, a blood pressure drug that was being given to children with ADHD, and even to "sleep resistant" babies, she said.

Clonidine is among the top 5 psychotropic drugs used with children, Dr Zito said, and yet, "no one is tracking what effect it may have on a child's cardiovascular system to take a drug that speeds up the heart, often along with one that slows it down," she warned.

Poison centers nationwide are receiving increasing reports of children suffering toxic effects from Clonidine, according to a University of Maryland School of Pharmacy study. "This is a really potent drug that can have an adverse effect at a dose as small as one pill," says the study's author Wendy Klein-Schwartz.

According to Scott Allen's report in the June 17, 2007, Boston Globe, "Psychiatrists used to regard bipolar disorder as a disease that begins in young adulthood, but now some diagnose it in children scarcely out of diapers, treating them with powerful antipsychotic medications based on Biederman's work."

In 2001, he says, the Massachusetts General researchers published what he refers to as another "enormously influential" study in the Journal of Child and Adolescent Psychopharmacology which included 23 children who were diagnosed with bipolar disorder and given Zyprexa for 8 weeks.

The researchers reported that Zyprexa lessened the outbreaks of aggression but the children typically gained more than 10 pounds, according to Mr Allen. He says this study went on to become one of the most frequently quoted articles in the history of the Journal.

Rebecca's death is not a rare occurrence for children on these drugs. A May 10, 2007, report in the New York Times said in 2006 alone, the FDA received reports of at least 29 children dying and at least 165 more reports of other serious side effects in children where an antipsychotic was listed as the "primary suspect."

Neurologist Dr Fred Baughman, author of "The ADHD Fraud," blames Rebecca's doctor and says misdiagnosing patients for profit is criminal. "As a neurologist," he say, "it was my duty to diagnose the neurological consequences of these drugs and only one to 2% of all antipsychotics prescribed might be justifiable, if that."

He points out that Rebecca's death was not the result of science gone wrong. "It was flatly, plainly, criminal," he says, "and the criminals must be indicted, tried and sentenced."

In an affidavit filed in Rebecca's case, a state trooper reported that no testing was conducted to make the diagnosis of attention deficit and bipolar disorders and that Dr Kayoko Kifuji, at the Tufts-New England Medical Center, said she based her diagnoses on the "family mental illness history" as described by the mother and "Rebecca's behavior" as described by the mother and "briefly observed" by Dr Kifuji during office visits, which "occurred from every two weeks to every other month and Rebecca's two older siblings were also seen," the trooper states.

The police reports describe kids who were drugged into oblivion. The neighbors said the Riley children were "zomebielike" and "robotic" and the staff at Rebecca's school said she was like a "floppy doll," with tremors so bad that she could barely stand up.

The reports reveal that Rebecca's teacher had repeatedly contacted the school nurse because she was so concerned over her flat affect and shakiness since the spring of 2006.

The school principal told police that she had to assist Rebecca with getting off the bus and walking up the stairs into the school several times because the child was shaking so much that she afraid she would fall and also reported that Rebecca's face and hands were notably swollen and puffy, the reports says.

The trooper's affidavit notes that Dr Kifuji had received several calls from a therapist and the nurse at Rebecca's school saying they were concerned about her medication and the serious side effects they were observing.

A teacher and the nurse told police that Rebecca had a constant need to urinate but would void very little and was so weak that she could often not zip up her pants when she was done and that Dr Kifuji said the constant need to urinate was caused by the medication. They also told police that they had not observed any behaviors in Rebecca that would indicate that she had ADHD or bipolar disorder.

In a June 19, 2007, editorial in the Globe, pediatrician Dr Lawrence Diller said Rebecca's death was the last straw and it was time to direct the blame where it belongs. "Biederman and his colleagues at Harvard," he wrote, "are the professionals most responsible for developing and promoting those standards of care -- which include diagnosing preschool children as young as 2 with bipolar disorder and treating them with multiple medications."

"Supported by millions of dollars of drug industry promotional funding," he says, "Biederman and his colleagues circle the globe offering professional medical "education" for their singular point of view."

Dr Diller's claim that doctors are influenced by research at Mass General certainly holds true in Rebecca's case, because Dr Kifuji said she was influenced by the work of the Dr Biederman, according to Mr Allen's report. In fact, her attorney, J W Carney Jr, is quoted in the Globe as stating, "They are by far the leading lights in terms of providing leadership in the treatment of children who have disorders such as bipolar."

However, if these researchers are indeed the "leading lights," recent reports in the media about the money flowing to Dr Biederman and Mass General indicate that the drug companies are paying the electric bills.

According Mr Allen's report, Dr Biederman has received research grants from 15 drug makers and serves as a paid speaker or adviser to seven, including Zyprexa maker Eli Lilly and Risperdal maker Janssen.

And in May, 2007, Lilly released a report, no doubt prompted by the investigation by the Senate Finance Committee into the "educational grants," involved in the off-label marketing of Zyprexa, that lists the money that Lilly paid out during the first 3 months of 2007, and the largest grant of $825,000 went to Mass General's psychiatry department.

A report in the August 4, 2007, New York Times identifies Dr Melissa DelBello, of the University of Cincinnati, as having a role in fueling the widespread use of antipsychotics by touting studies funded by AstraZeneca which the Times says were "inconclusive, but she has described them as demonstrating that Seroquel is effective in some children."

When the Times asked Dr DelBellow how much she was paid by AstraZeneca to help market Seroquel, she said, "Trust me, I don't make very much."

The Senate Finance Committee is investigating the payments by drug companies to doctors and researchers like Dr DelBello and this month, Senator Charles Grassley (R-Iowa), introduced legislation that would require drug makers to disclose all payments made to doctors who bill the Medicare and Medicaid programs for services.

In his speech on the Senate floor, Senator Grassley listed Dr DelBellow as an example of why the legislation is necessary. After reading the Times article where she said she did not make much, Senator Grassley checked out her disclosure forms at the University and found that she had received $100,000 from AstraZeneca in 2003, and $80,000 in 2004. She also consults for 7 other drug makers, according to the Times on August 4, 2007.

Rebecca's parents have been charged with murder and accused of overmedicating their daughter to sedate her in the 2 days before her death. However, the official autopsy report says Rebecca died of the "combined effects" of the drugs, and that her lungs and heart were damaged by "prolonged abuse of these prescription drugs, rather than one incident."

At the time of her death, there were also over-the-counter cold medicines in Rebecca's body including Children's Tylenol Cough and Runny Nose, which contain acetaminophen, dextromethorphan and chlorpheniramine and a highly respected expert on psychiatric drugs, Dr Grace Jackson, author of Rethinking Psychiatric Drugs, says Rebecca most likely died as a result of a largely unrecognized condition called serotonin syndrome caused by the many different drugs in her system.

"In this case," Dr Jackson says, "the primary culprits were dextromethorphan and chlorpheniramine, an antihistamine which also boosts serotonin levels."

"It is probably quite likely," she explains, "that the family had not been warned by any doctor or pharmacist that this combination of medications could cause death - particularly, in a toddler."

In the days before Rebecca died, observations reported to investigators describe behaviors common with serotonin syndrome including that she appeared dazed and disorientated and became incoherent and would not respond to her own name.

Through their attorneys, the parents have accused Dr Kifuji of over-prescribing and the doctor's license has been suspended while the state's medical board investigates the case.

After Rebecca's death, the Massachusetts Department of Social Services sought an independent opinion from doctors at Children's Hospital in Boston for her brother and sister and determined that their medication needed to be changed.

According to Mr Allen, state officials have also stepped up a review of 8,343 more children on Medicaid in Massachusetts who are on antipsychotics to determine whether the treatment is appropriate.