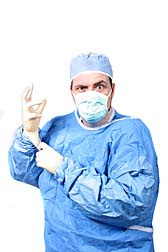 "However, because of a legal loophole wider than a barn door, doctors have the authority to prescribe a drug for an unapproved use if they believe a patient would benefit, which means all a drug maker has to do is find doctors willing to promote the off-label uses and deny the drug company's involvement in the scheme.

And recent studies on prescribing habits have shown that the drug companies have found thousands of doctors all across the US in every field of medicine more than willing to participate in drugging for profit schemes by writing prescriptions that result in fees paid for monthly office visits that require no more than a few minutes of the doctor's time.

Critics says the first round of lawsuits should be filed against the quacks involved in prescribing psychiatric drugs to millions of children who are now stigmatized for life by a label of mental illness and will face a life-time of discrimination in finding jobs and obtaining health insurance due to a trail of medical records showing a history of taking drugs used to treat the most severe mental illnesses of major depression, bipolar disorder and schizophrenia.

Critics point out that doctors in fields of medicine that have never before involved the diagnosing and treatment of mental illness would never have come up with the idea to prescribe psychiatric drugs off-label to children without the illegal prompting from the drug makers.

For example, on June 20, 2004, the Florida Sun-Sentinel reported that a review of Medicaid records in that state found doctors with specialties in dermatology, nutrition, anesthesiology, ophthalmology, allergy, radiology, plastic surgery, hematology, obstetrics, pathology, diabetes, rheumatology, and hand surgery wrote prescriptions for psychotropic drugs for children aged 12 and younger between September 2002 to September 2003.

In record numbers, children are being fed powerful psychiatric drugs, often in combination with each other, including selective serotonin reuptake inhibitor antidepressants like Paxil, Cymbalta, Lexapro, Celexa, Prozac, and Zoloft and the new generation of "atypical" antipsychotics, such as Zyprexa, Risperdal, Geodon, Seroquel, Clozaril, and Abilify.

Children are also receiving drugs for ADHD in record numbers including the stimulants Adderall, Dexedrine and Ritalin, often combined with drugs approved only to treat adults with epilepsy such as Depakote and Neurontin.

Experts say its not uncommon to see children on an SSRI, an antipsychotic, a stimulant drug, and a sleeping medication all at the same time. Neurologist, Dr Fred Baughman, author of, The ADHD Fraud, warns that multiple drugs are being prescribed together in combinations that are lacking of any scientific basis.

Most critics say the ever-expanding list of invented disorders is the driving force behind this mass-drugging for profit. "While the drug companies certainly are getting rich providing mind-altering drugs for psychiatry's made-up mental disorders, the fault for the fraud of psychiatric diagnosing lies with the psychiatric community," says investigative journalist, Kelly Patricia O'Meara, author of "PSYCHED OUT: How Psychiatry Sells Mental Illness and Pushes Pills That Kill".

Harvard Instructor Dr John Abramson, author of, "Overdosed America," calls it a "progressive medicalization" of undesirable behavior in children. "We have seen this in the enormous proliferation of stimulant medication use," he notes, "far out of proportion to use in other countries."

Now the diagnosis of bipolar disorder in children is rising in parallel, he says, and clearly it is the drug industry driving this medicalization to sell more products.

Other experts agree. On February 15, 2007, the New York Times reported comments by Dr Bessel van der Kolk, a professor of psychiatry at Boston University who also treats children at a trauma clinic. "Most of the patients I see who have been misdiagnosed," she said, "have been told they have bipolar disorder."

"The diagnosis is made with no understanding of the context of their life," she said. "Then they're put on these devastating medications and condemned to a life as a psychiatry patient."

Former Clinical Director of Kingsboro Psychiatric Center in Brooklyn, Dr Nathaniel Lehrman also says, "relying on medication as the definitive treatment of psychiatric complaints, rather than addressing their real causes in patients' lives, is responsible for the gross overuse of psychiatric medications, especially among children."

He is especially critical of the ADHD diagnosis. "Its "symptoms" acting impulsively; easy distractibility; interrupting others; constant fidgeting or moving; and difficulty in paying attention, waiting one's turn, planning ahead, following instructions, or meeting deadlines, can be found in any of us," Dr Lehrman points out.

A study in the August 3, 2004 Archives of Pediatric Adolescent Medicine reported that the rate of antipsychotics use by children covered by a public health care program in Tennessee had nearly doubled between 1996 and 2001, and had increased 61% with preschoolers.

A review of Medicaid records in Ohio for the month of July 2004, found 18 newborn to 3 year-old babies had been prescribed antipsychotics and 28 more in the same age group were on antidepressants, according to the April 25, 2005 Columbus Dispatch.

According to the December 2006 Special Report entitled, "Foster Children - Texas Health Care Claims Study," in 2004, psychotropic drugs accounted for more than 76% of the cost of all medications prescribed to foster children in Texas on Medicaid.

The same year, Texas also spent nearly $4.8 million on nearly 43,000 anticonvulsants used as mood stabilizers for about 4,500 foster children, including 133 aged four and younger, as well as close to $4.5 million on 45,318 stimulant prescriptions for more than 6,500 foster children including nearly 200 who were aged 4 and under.

There were also nearly 2,500 prescriptions written for hypnotic/sedative drugs for about 1,000 foster children, including 232 four and younger to treat anxiety or sleep disorders.

In addition, more than 400 of the foster children were prescribed antidyskinetics drugs to control side effects caused by the antipsychotics which included tremors, tics, dystonia, dyskinesia and tardive dyskinesia.

The debate about the over-drugging of children has been festering behind the scenes for a decade, but the all-out war between medical professionals recently exposed in the media is the result of the widespread outrage over the highly publicized overdose death of the 4-year-old toddler, Rebecca Riley in Hull, Massachusetts in December 2006.

Investigators also reported that Dr Kifuji had diagnosed Rebecca's 6-year-old sister and 11-year-old brother with the same disorders and kept them on the same 3-drug cocktail even longer than Rebecca. The mother and father were also diagnosed mentally ill and the whole family was covered by Medicaid, according to police reports.

In a June 17, 2007 report in the Boston Globe, reporter Scott Allen discussed Rebecca's death and the rising dissent within the medical profession. Under the headline, "Backlash on bipolar diagnoses in children," he noted that psychiatrist, Dr Joseph Biederman of Massachusetts General Hospital, "could be credited more than any other" for convincing Americans that even small children can develop bipolar disorder.

"From his perch as one of the world's most influential child psychiatrists," Mr Allen wrote, "Biederman has spread far and wide his conviction that the emotional roller coaster of bipolar disorder can start "from the moment the child opened his eyes" at birth."

Critics also identify Dr Janet Wozniak, director of the Pediatric Bipolar Disorder Research Program at Massachusetts General, as a researcher who has worked side by side with Dr Biederman to promote the bipolar diagnosis for children.

On June 19, 2007, pediatrician, Dr Lawrence Diller, author of "Should I Medicate My Child," publicly denounced their research and what he called "misguided standards of care" in an editorial in the Boston Globe and informed the world that he had recently done "the nearly unthinkable" at a medical conference on bipoloar disorder in children.

"I charged another doctor," he stated, "with moral responsibility in the death last December of Rebecca Riley, a 4-year-old girl from Hull."

He acknowledged that he understood the risks of naming names. "Yet I felt compelled," he said, "to name Joseph Biederman, head of the Massachusetts General Hospital's Pediatric Psychopharmacology clinic, as morally culpable in providing the "science" that allowed Rebecca to die."

According to Dr Diller, Dr Biederman shocked the child psychiatric world in 1996 by announcing that nearly a quarter of the kids he was treating for attention deficit disorder also met his criteria for bipolar disorder. "Up until then," he says, "bipolar disorder was rarely diagnosed in teenagers and unheard of in prepubertal children."

Dr Diller says there are thousands of potential Rebecca Rileys being treated with multiple psychiatric drugs because Dr Biederman has said it's OK and necessary.

Posted by
Roland Martin
on November 8, 2013
I have bilateral carpal tunnel syndrome and was prescribed Neurontin, which not only did not help me but gave me an anaphylactic reaction so I stopped it. The drug that worked for my pain, Vicodin, was refused me because "it can be habit forming." As a result, I have to live with pain using NSAIDs which are not good for a person long term. I truly wish I had recourse to sue the people who have denied me pain relief because they had a kickback agreement to prescribe me Neurontin off label.