The ruling is significant because Nexium is AstraZeneca's most important product and the world's second best-selling medicine. Worldwide sales were $5.2 billion in 2006, with Europe accounting for $1.2 billion. 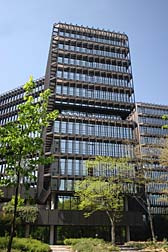 European Patent Office media relations director Rainer Osterwalder pointed out that this ruling might be only an interim decision, as companies usually will appeal these rulings.

Patents in the United States, Nexium's biggest market, are also being challenged, but no date for a trial has been set. (Reporting by Ben Hirschler).

In a media release issued today, and posted on their web site, AstraZeneca, stated "AstraZeneca has a comprehensive intellectual property portfolio protecting MUPS® formulations as well as the products Nexium® and Losec®. More importantly, the intellectual property portfolio protecting Nexium® includes additional patents with expiration dates ranging from 2009 through to 2018. In addition to these patents, Nexium® has data exclusivity valid until March 2010 in most major European markets".

If you or a loved one has been harmed by these drugs, please contact a lawyer involved in a possible [Lawsuit] who will review your case at no cost or obligation.
Request Legal Help Now