On January 13, 2006, CR Bard, Inc announced a Class I recall of the Bard Composix Kugel Mesh X-Large Patch after receiving 24 reports that the device's plastic coil ring may not withstand the increased stress associated with certain surgical placement techniques.

Davol, Inc, a subsidiary of CR Bard, notified US customers of the recall by letter on December 27, 2005, sent by Federal Express. According to Bard, at that time, the company had sold approximately 32,000 units worldwide since 2002, and the three product codes involved generated sales of approximately $11 million in 2005. 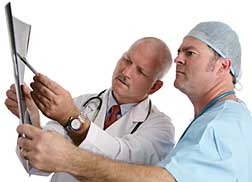 The Kugel Mesh Patch is used to repair ventral hernias caused by thinning or stretching of scar tissue that forms after surgery. The patch is placed behind the hernia defect through a small incision and then held open by a "memory recoil ring" that allows the patch to be folded for insertion and later spring open and lay flat once it is in place.

The FDA reports that the reason for the recall is that the memory recoil ring can break and lead to bowel perforations and chronic intestinal fistulae, causing abnormal connections or passageways between the intestines and other organs.

In a March 24, 2006 letter to Hospital Administrators, marked "Urgent," Bard said, Davol, is "expanding the Class I Recall of the Extra Large sizes of its Bard® Composix® Kugel Patch to include certain lots of Bard® Composix® Kugel Large Oval and Large Circle Products and all lots of the Oval product, intended for ventral hernia repair."

In a letter to distributors of the device, Bard noted that the updated recall includes lots manufactured prior to and including December of 2003, and warned that there "is a risk that the welds could break under the stress placed on the large sized products during placement, which could lead to potential patient complications such as abdominal pain, bowel perforation or chronic enteric fistulas."

In a March 24, 2006 letter to surgeons, Bard stated: "Immediately discontinue use of the specific product codes and lot numbers listed below."

"Additionally," the letter said, "please immediately distribute copies of this Important Patient Management Information to clinicians who may have implanted, or who may be managing patients already implanted with one of these products under voluntary recall."

Through March 10, 2006, at the time of the latest recall, the company said a total of 31 ring breaks were reported and 20 involved patient injury, including 11 cases where the broken ring migrated into or through the patient's abdominal wall, with infection in 2 cases; 1 case where the ring migrated into the vagina; 7 cases of bowel perforation; 1 case of bowel obstruction; and 1 death where the patient developed septic shock, consumptive coagulopathy and acute myocardial infarction after surgery to repair small and large bowel fistulas caused by perforation from the broken ring.

According to the company's August 2006 SEC filing, following the recall, the FDA also conducted a follow-up inspection and issued the company an FDA Form-483 identifying certain observations.

"The company," the filing states, "is in the process of addressing these observations and cannot give any assurances that the FDA will be satisfied with the company's response."

For patients implanted with the potentially harmful devices, the FDA recommends seeking immediate medical attention if they "experience symptoms that could be associated with ring breakage such as unexplained or persistent abdominal pain, fever, tenderness at the implant site or other unusual symptoms."
READ MORE ABOUT Drugs/Medical