Taking Ketek a Second Time might be the Last Time

John Hammond was prescribed Ketek for a sinus infection but after taking it for a few days he wound up in hospital due to elevated liver enzymes. "The hepatologist (liver specialist) said he was positive Ketek was to blame and I have the medical records," says Hammond. 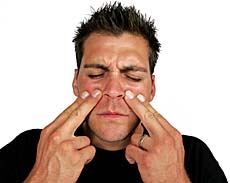 "I started to feel worse right after taking Ketek and four days later - on New Year's Day - I had a fever of 103 and a severe pain in my lower right abdomen," says Hammond (not his real name pending a lawsuit). " I thought it was my appendix or my gall bladder so I went to ER and they ran a battery of tests. Finally the doctor told me that my liver enzymes were really high and of course this surprised me. They did even more tests and the doctor looked up Ketek in the pharmaceutical manual. Bingo - a side effect was liver damage.

"I spent three days in hospital on IV until my temperature was back to normal and the pain was gone. But my liver enzymes were still out of whack so my doctor referred me to a hepatologist. He set me up on a plan to see him every few months and about one year later I was pretty much back to normal. My last visit was December, 2006 and he said everything was fine. He advised me never to take Ketek again because the second time might be the last time. He said that, once you've had a reaction like I did, it's like being allergic to a bee sting: the second time could be life-threatening.

Ketek owes me money. I spent three days in hospital, missed work, saw countless specialists and had countless tests, including hepatitis. I was scared; Ketek caused a lot of worry. I have one boy and another on the way - being sick was very nerve wracking. Plus, I couldn't even see my son for three days.

As soon as I got out of the hospital I researched Sanofi-Aventis, the makers of Ketek, on the Internet and one article I read stated that the manufacturer failed to get FDA approval twice before Ketek finally got on the market. It doesn't sound like the FDA is doing their job either - after what happened to me and hearing about so many other victims, I'm sure they didn't change the drug recipe too much.

I also discovered that it wasn't uncommon for people in the clinical trials to have elevated liver functions. One year later the same problems remain. I want to get involved in a class action lawsuit against the makers of Ketek and I want to tell this to the public: Do not take Ketek!

I am one of the lucky ones because I only took it for four days. On the fifth day I went to hospital - if I took it for any longer, who knows what would have happened - I probably wouldn't be talking to you! "

If you or a loved one has suffered severe side effects while taking Ketek, please contact a [Ketek] lawyer who will evaluate your claim at no charge.
Request Legal Help Now