Guidant Defibrillators are Disposed Of

The second time Burton Greene's Guidant defibrillator malfunctioned he was rushed to hospital, but it damaged his kidneys. The third time, he passed away. "He was only 60 years old and the doctor said he had many good years ahead," said his wife Lynda.

Lynda Greene, Fredericksburg, Virginia:
It was January, 2006. My husband came inside the house to rest and he yelled. I immediately realized what was happening: he was gray and his eyes were rolled back into his head. He was unconscious. I tried to call 911 but couldn't dial - I was shaking so bad. So my 12-year-old granddaughter Destiny called on her cellular. The operator told me to check his breathing. 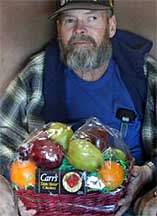 But he wasn't breathing and the operator asked me if I needed instructions. I drove a school bus for 20 years so I knew what to do. I pulled him down on the floor and did CPR but the first time I did it wrong so I repositioned his head; he started gurgling and started breathing again. Then the defibrillator went off and started shocking him again. I counted 12 times. Later the doctor confirmed that it fired 16 times.

By the time the rescue squad got to the house Burton was alert and didn't want to go to the hospital. Destiny was crying and wanted to him to go so he agreed, just for her. After he was admitted the doctor ran some tests on the Guidant device. He said that it was only supposed to shock him eight times and then go into a different mode. He didn't explain what mode. He just decreased the settings - set the pacing down.

After he was home for about three or four days, I drove him to WalMart - he was afraid to drive himself. On the way home he felt dizzy. When we got home he took the trash out and fell down; the defibrillator went off again.

It is really awful to see. Burton was jerking and had this pained, horrible look on his face. I didn't want Destiny to see him like this again. Later, Burton told me that he thought he had just sat down and gone to sleep.

Back in the hospital. He had some tests done to see if his arteries were clogged. We were waiting on one more test at 6pm. He ate supper at 4.30 pm then I heard Destiny screaming.

They moved Burton to the ICU unit and put him on life support. One doctor told me that we should let him go and that he was suffering. But I didn't agree. I said no; I wanted to keep him alive. Then the doctor asked my husband if he 'wanted to be let go.' It was like the hand of God had come down!

One of the nurses later said to me 'We have some doctors here who think they are God.'

I kept telling my kids that he would be better in the morning. At 9am they took the respirator off and he got up, and started talking. Burton said he was tired.

The doctor said that if he could make it through the first 24 hours, he would be OK. At 4pm he had another attack and now only 10 percent of his heart was working. I asked my step-daughter what we should do and she said 'Lynda, I don't think it will help to bring him back.'

Burton died February 1st, just a few days before we were going to legally adopt Destiny.

Burton had the Guidant device implanted in August 2004. Last September we got a letter from the doctor saying that he had to come in and get it adjusted: the magnet had to be shut off. This was a Guidant H177.

I never found out this Guidant device was supposed to be recalled until my daughter read about the recall on the internet, after Burton had passed away. I firmly believe that if they took it out the first time and installed another he would still be with us.

When the doctor first put the Guidant in, it was paid for because we couldn't afford medical insurance. We weren't rich and maybe this was why it wasn't replaced. Or Doctor Clemo wasn't aware of the recalls."
___________________

When asked what happens to defibrillators, "We remove them and then dispose of them, says Teresa Franklin at Found and Son, the funeral home in Fredericksburg where Burton Greene was cremated. That might be good news for Guidant Corporation.

How can the Guidant Corporation keep its faulty cardiac devices on the market? Why haven't they notified doctors and patients when the devices started to malfunction? Many patients died when their Guidant defibrillators malfunctioned. Guidant is now frantically trying to put patient safety first. They should have prioritized that before putting the device on the market. It would have prevented many deaths.
READ MORE ABOUT Drugs/Medical