He offers the bold statement that America's drug supply is the safest in the world. But the US Food and Drug Administration (FDA) head Dr. Andrew C. von Eschenbach could not deny to a Congressional subcommittee yesterday that there are serious deficiencies in record keeping and inspections of foreign manufacturing plants. Various witnesses testified that the FDA, in reality, couldn't guarantee the safety of America's drug supply chain.

The FDA, and indeed all Americans have been bombarded over the last several months with reports ranging from tainted toothpaste and pet food, to organisms in contact lens solutions that cause serious eye infections. Such reports are a simple reflection of the fact that 80 per cent of all ingredients in the drugs Americans use and rely upon are manufactured off shore.

The concern is that many foreign manufacturers are not required by regulation to inspect their plants, or their products. At the same time the FDA is so deficient in its record keeping, and so lacking in staff, that any inspections on its part are painfully inadequate. 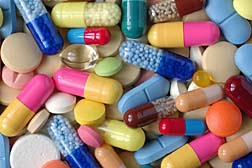 Regulations require the FDA to thoroughly inspect domestic manufacturers every two years. However there is no such requirement for foreign entities.And it is offshore where quality problems are likely to be found, and especially of late in China.

The reason for that, revealed in a story appearing Wednesday in the [New York Times] is that unlike domestic plants, which regularly carry out inspections of their own facilities and processes apart from the FDA, manufacturers in China are seldom encumbered by inspection either from government or within its own ranks. There is no minimum drug manufacturing standard.

Worse, is the fact numerous plants in China manufacture a variety of products under one roof, fertilizer and industrial solvents among them. Little wonder, given the lack of supervision and the pressures of economics that diethylene glycol, a poisonous ingredient used in anti-freeze, can show up in toothpaste rather then the more expensive pharmaceutical-grade glycerin. Luckily the lots of tainted toothpaste that did make its way onto North American soil were caught and seized before any harm could be done.

Panamanians, however, were not so lucky when that same diethylene glycol was substituted for glycerin in cough syrup.

The FDA does conduct foreign inspections, it was revealed. But those inspections are few and far between, and companies are given advance warning-partly out of the need to arrange for interpreters. One can assume that with a known inspection date looming, the manufacturer in question will ensure everything is on the up and up for the inspector.

Once that inspector is out the door, it's back to 'anything goes'.

It was revealed at the House Energy and Commerce Subcommittee on Oversight and Investigations, and reported in the New York Times this morning, that it would take the FDA thirteen years to inspect each foreign plant once, at current staffing levels.

For their part, domestic drug makers do their own inspections of raw materials arriving at their plants from offshore manufacturers, and do periodic testing to ensure the products are within specifications. And the FDA does screen, where possible, shipments of raw materials coming into the country from abroad.

But more needs to be done. Eighty per cent is a huge number, and with the depth and degree of regulatory vacuum seen in places like China and other offshore manufacturers, it's just a matter of time before a slip happens, a head is turned, a check is missed, and something dire enters the production chain that culminates in a spoon that goes into your child's mouth.

Representative Bart Stupak (D. Michigan), and chairman of the subcommittee, points to the cough syrup tragedy in Panama.

"That can happen here, and it surely will."

If you or a loved one has been harmed by unsafe drugs, please contact a lawyer involved in a possible [Lawsuit] who will review your case at no cost or obligation.
Request Legal Help Now