LAWSUITS NEWS & LEGAL INFORMATION
Home Page >> News Articles >> To the Makers of Elidel: How can you Sle..

To the Makers of Elidel: How can you Sleep at Night?

Elaine Eklund used Elidel for a rash on her face. Elidel cleared up her skin condition but left something far worse - a lymphoma.

"I began using Elidel in June 2004 for about one week and my skin cleared up," said Elaine. "About two weeks later the rash returned and I used it for several more days until I felt a lump on my neck. Fortunately I was able to see my doctor right away and he referred me to a pathologist. 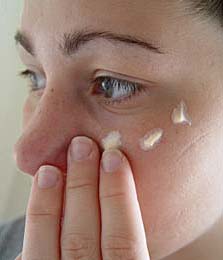 By the time I saw him, the lump was considerably larger, about three inches in diameter. He did an aspiration - took some fluid out of the lump - and then showed me some pictures in a medical book; he thought it was a lymphoma, funicular stage 2. I mentioned Elidel to the pathologist but he wouldn't confirm that it was the cause of this lump. But he did say that he would report it to the FDA.

When I looked up this type of lymphoma, one medical site said it is caused by benzene. I have never been around benzene and certainly don't work in a gas station. At this time I stopped taking Elidel; it was the only medication I was taking and it was too much of a coincidence. I was in perfect health except for this irritating rash on my face.

I had an appointment with the surgeon a few weeks later. In November 2004 I had two lumps taken out closest to the surface and at the same time I had more blood tests, a CAT scan and other tests, including a bone marrow biopsy. The biggest lump, deeper under my skin, shrunk but it didn't go away. I had chemotherapy this past September and the lump decreased in size, but it is still there.

When I read that Elidel had been blacklisted by the FDA, I wrote a nasty letter to the allergy specialist for recommending this drug. I also read in The Wall Street Journal that the sales of Elidel plummeted. I guess they made a tidy profit.

The Wall Street Journal also reported that only 14 people had reported lymphomas from taking Elidel and that their cases were 'resolved' - in other words, treated. I assume that 'resolved' meant the lymphoma goes away, but in my case I can still feel a lump under my arm and my case isn't resolved.

I am not pleased with the makers of Elidel. A few years have gone by since I took this drug and I am still alive - I am 79, and I am pleased with that. My father lived to be 96 and other members of our family lived to be over 100 without any cancer. Which makes it even more of a coincidence that I got this lump right after taking Elidel.

I don't think the drug maker researched this stuff carefully enough. They are in such a rush to make a fortune and to think that children under two years old were prescribed it! They haven't even fully developed their immune system. Novartis uses this drug for asthma on helpless little kids and their poor parents are ignorant of the dangers. I can't believe this is still on the market; it is appalling that doctors can prescribe Elidel at their discretion. The FDA should take it off the market, now. And shame on Novartis for marketing it to toddlers. How can they sleep at night?"

If you have used Elidel and subsequently developed cancer, please contact an [Elidel] lawyer who will evaluate your claim at no charge.
Request Legal Help Now

Posted by
Ryan Mendoza
on March 8, 2012
This stupid medication made me break out into an even worse condition than I was already on... I'm done taking these cremes and ointments doctors prescribe. Every time it just makes it worse and they want me to see them again...