Most lawsuits in which drug makers have tried to use preemption to dismiss failure-to-warn claims have been against companies accused of failing to warn about the risk of suicide associated with antidepressants known as selective serotonin inhibitors or SSRIs.

However, a case in Pennsylvania against Novartis, involves a toddler who developed cancer due to a failure-to-warn about the risks associated with the topical drug Elidel. In an important decision sure to have an impact on many other cases in the US, on October 16, 2006, a US District Court in Eastern Pennsylvania refused to grant the drug maker's preemption motion in, Perry v Novartis Pharma Corp, -- F Supp 2d ---, 2006 WL 2979388. 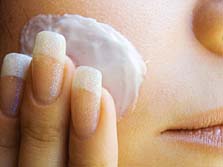 Elidel was approved by the FDA on December 13, 2001, to treat atopic dermatitis, commonly known as eczema, in a cream applied directly to the skin, for persons over the age of two.

Elidel belongs to a class of immuno­­­sup­­­pres­­­sant drugs known as calcineurin inhibitors. At the time of its approval, there were already concerns about an association between Elidel and cancer because other calcineurin inhibitors that were used to treat organ transplant patients were known to increase the risk of cancer and lymphoma, and carried a Black Box warning to that affect.

At the time of its approval, Elidel had also been found to increase the risk of cancer in animals when administered at high doses.

Because of its concerns about cancer, the FDA placed restrictions on Elidel and approved it only for short-term and intermittent use, and as a second-line of treatment to be used only when traditional therapies such as corticosteroids were found to be ineffective.

Following FDA approval, Novartis aggressively promoted Elidel, and as a result millions of prescriptions were written, many of which were off-label, meaning outside the approved indications and limitations specified on the label.

In the case of young Andreas Perry, the prescription was off-label in that no other treatment had been tried for his eczema prior to prescribing Elidel. Six months after he began using the cream, in October 2003, Andreas was diagnosed with lymphoblastic lymphoma, a form of cancer.

Although his eczema was annoying and uncomfortable, it was not life-threatening and his parents never considered for a moment that Andreas would develop cancer from a medicated cream prescribed for a toddler who was barely 2-years-old.

But on the other hand, Novartis can hardly claim ignorance about the link between cancer and Elidel because when the reports of cancer started coming in, the FDA began openly discussing the need to strengthen the warnings and the fact that the drug was being over-prescribed off-label to children for unapproved uses.

In October, 2003, the FDA's Pediatric Advisory Subcommittee to the Anti-Infective Drugs Advisory Committee met to evaluate the cancer rates among pediatric patients treated with calcineurin inhibitors and discussed the possibility of changing the label to specifically warn against their use in patients under two.

At the hearing, a pharmacist and safety evaluator reported that more than 3.2 million prescriptions for Elidel had been dispensed by August 2003, with 17% of those prescriptions written "off-label" for children under the age of 2, and representing 22% of the adverse event reports for the drug.

On February 15, 2005, the Committee met again amidst even more reports of off-label use of calcineurin inhibitors with children which caused concern for many members of the Committee. The briefing memorandum for the meeting reported that more than 500,000 prescriptions had been written for children under 2 during a one year period between June 2003 and May 2004.

At this meeting, the panel voted to recommend that a "Black Box" warning be added to the label about the increased risk of cancer associated with the topical use of the two calcineurin inhibitors, Elidel and Protopic, and also about the lack of long-term safety data on the drugs.

The FDA issued a public health alert on March 10, 2005, stating in part, "Animal studies have shown that three different species of animals developed cancer following exposure to these drugs applied topically or given by mouth, including mice, rats and a recent study of monkeys."

"Based on the advice of the FDA Pediatric Advisory Committee, which met on February 15, 2005," the alert advised, "FDA will require labeling changes for Elidel and Protopic, including the placement of a boxed warning about the potential cancer risk."

However, this case illustrates another situation like Vioxx and the SSRIs, where the FDA is as much to blame as Novartis for patients being injured after the danger was known, because the agency knew that a "Black Box" warning should be added immediately but allowed the drug company to dilly-dally around for nearly a year before adding the cancer warning on January 19, 2006.

In their lawsuit, the Perrys allege that despite Novartis's knowledge of the association between Elidel and cancer, Novartis promoted it as safe for the treatment of eczema. It also alleges that the drug was advertised, marketed, and promoted as safer than traditional corticosteroid treatments, in conscious disregard of the limitations that the FDA placed on its approval, and that these actions contributed to the inadequacy of the warnings.

In response, Novartis filed a motion to dismiss the failure-to-warn claims based on the FDA's new preemption policy. On January 18, 2006, the FDA issued new regulations regarding the labeling of prescription drugs, supposedly to provide doctors and patients with clearer information. However, in the preamble to the new rules, the FDA inserted the claim that State tort lawsuits alleging a failure-to-warn about risks associated with drugs approved by the FDA are preempted by federal law.

After failing at efforts to implement tort reform, this move is largely seen as the Bush administration's last ditch attempt to immunize the pharmaceutical industry with policies written by politically appointed officials carefully planted at the top of the nation's regulatory agencies.

Right from the start, it should be noted that State failure-to-warn lawsuits against drug companies have existed for over a century. Back in 1852, in the New York case of, Thomas v Winchester, 1852 WL 4748, the court stated, "A dealer in drugs and medicines, who carelessly labels a deadly poison as a harmless medicine, and sends it so labeled into market, is liable to all persons, who, without fault on their part, are injured by using it as such medicine in consequence of the false label."

Second, if Congress wanted to preempt State tort claims it would have done so. Congress was fully aware of these lawsuits in 1934, when it enacted the Food, Drug and Cosmetic Act, and chose not to include a private right of action for damages in the Act after determining it was "unnecessary," because a "common-law right of action exists."

While it may be true that the FDA approves a drug's label when it approves the drug, the label is not fixed in stone. It is well known that drugs are approved based on very limited clinical trials and understood that there is a strong likelihood that new risks will be identified as a drug is widely prescribed in the general population.

For this reason, under federal regulations, a drug maker's duty to provide warnings to health care professionals and consumers continues as long as a drug is on the market. In its own regulations, the FDA itself has noted that labeling does not always contain the most current information because "advances in medical knowledge and practice inevitably precede formal submission of proposed new labeling by the manufacturer and approval by the FDA."

And that's why federal regulations put the responsibility on the drug company stating, "labeling shall be revised to include a warning as soon as there is reasonable evidence of an association of a serious hazard with a drug; a causal relationship need not have been proved."

In the brief filed in support of its motion, Novartis contends that companies rarely, if ever, change labels under this provision because they know that they ultimately need to obtain FDA approval for the change.

The truthful explanation for its refusal to comply with this provision, would be that Novartis knew that adding a warning would have resulted in a drastic reduction in the profits that the company was enjoying from the "off-label" sale of Elidel to children.

When attempting to use the preemption defense, as a starting point, Novartis, and every other drug company, should be required to explain why it would have been difficult to add a specific warning to the label.

In an amicus brief submitted by the FDA that sides with Novartis overall, the agency quotes regulations and describes the simple procedure used to add a warning, and it takes a whole 30 days. According to the FDA:

"If FDA has not rejected the supplement within 30 days after its submission, the manufacturer may distribute the drug with the new proposed labeling."

The FDA's brief also states: "If a drug manufacturer has "reasonable evidence of a causal association" between the use of a drug and a "clinically significant hazard," the manufacturer has an obligation to seek FDA approval for a labeling change, in order to add a warning of the new potential hazard."

As far as "reasonable evidence" goes, it would not take a rocket scientist to figure out that if 3 species of animals were developing cancer from Elidel, infants and toddlers weighing between 6 and 30 pounds would probably do so as well.

In its brief, Novartis relies on the FDA's argument in the preamble that it interprets the FDCA "to establish both a 'floor' and a 'ceiling,'" and thereby preempts state laws imposing greater safety requirements.

However, in the FDA's own words, liability will only attach, "if the additional statement is unsubstantiated or otherwise false or misleading," which is certainly not the case with Elidel.

In their brief, the Perrys argue that the FDA does not impose a "ceiling" on truthful, substantiated risk information, which is precisely the type of warning they sought.

In this case, the FDA has never rejected stronger warnings for Elidel and the court held that preemption would only apply if a specific warning about pediatric cancer had been considered and rejected.

In addressing the claims in the FDA's brief, the opinion states: "To be sure, because of its expertise in the area, the FDA's construction of its own regulations is likely to carry great weight."

"But where an interpretation has changed frequently in significant respects," it points out, "the persuasive force of the argument diminishes."

The court went on to explain that even if the preamble did represent a change of policy with the force of law, it would not apply to this case. "The FDA," it said, "cannot retroactively absolve Novartis of a duty it may have owed the Perrys in 2003."

The opinion also states that "a finding of preemption here will foreclose a remedy that was traditionally available and for which federal law provides no substitute."

In conclusion, citing a September 23, 2006, New York Times report by Gardiner Harris, the court said, "given the recent concerns about the effectiveness of the FDA's safety monitoring of recently approved drugs, . . . the availability of state law tort suits provides an important backstop to the federal regulatory scheme."

If you have used Elidel and subsequently developed cancer, please contact an [Elidel] lawyer who will evaluate your claim at no charge.
Request Legal Help Now