The philosopher Ludwig Wittgenstein proposed, "The limits of my language mean the limits of my world," an intriguing proposition, begging the question: "Do our words shape the way we think about things?" It's a question at the center of a 50-year-old, controversial hypothesis, initiated when the concept of "linguistic determinism" hit the scientific world.

You can't deny that words shape our experiences and that there are some situations, such as our health, where precision in how we use words is indescribably important. Does the carelessness with which we sometimes speak affect how we think and what we expect from our physicians and our healthcare system?

I was reminded of this burning question by Dr. Ralph Fagotter, a friend and family physician in South Australia. He runs a busy general practice but finds time to tend several acres of ginkgo biloba trees and philosophize on his little plantation north of Adelaide. He takes the time to think deeply about medicine and his own place in it. Writing in a late-night email last month, he asked, "Imagine what it would be like if the word kilometer meant 100 meters when used in one context and 1,000 meters when used in another context?" 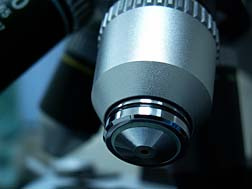 Ralph continued: "Well, there would be public outrage at the stupidity and disastrous imprecision of it all wouldn't there? An expert committee would quickly be appointed to redefine and clarify the meaning of the word kilometer and everyone would have to accept the standard meaning." What is implied, of course, is that confusion would reign and we simply couldn't live in the resulting chaos of double meanings.

Yet Ralph's late-night monologue invoked the fact that we do this in the medical world all the time, changing the meaning assigned to the same word. If I were to stand on a street corner in Victoria and ask a sample of people walking by to tell me what an "effective" drug is, they might say, "Oh, it's something that works" or that "It works much of the time." If I were to go further and ask them to quantify what this means, I expect most people would say, "Well, it works between 80 to 90 percent of the time." In other words, effective to them means most of the time.

But, as Ralph reminded me, when you step from there into a hospital or a doctor's clinic and find out how medical people define the word effective, you're in for a surprise. As a doctor, he's immersed in a world that sees effectiveness defined not as something that works most of the time, but something that is statistically probable: it didn't happen by chance 19 times out of 20 as the media likes to report. This is called the "95 percent confidence interval," which means that if you were to do the same experiment 20 times, you can be confident you'll get a similar result, plus or minus a few percentage points, 19 times.

In medical research, we try to determine the discrepancies between what we expect and what we observe when we give a drug to people. To do this, we take a group of similar people and randomly assign a drug to some and a placebo - an inactive substance - to others. Then we watch and wait. At the end of the study, we determine if those in the drug group did better or worse than those in the placebo group. And if the observed differences are statistically significant, we deem the treatment effective. But that doesn't tell us how effective it is.

What we really need to know is how strong that effect is. In other words, did it help one person in 10 (10 percent), one person in 100 (1.0 percent) or one in a thousand (0.1 percent)? Let's look at a couple of examples to see how effective a drug deemed effective really is.

Taken daily, cholesterol-lowering drugs will lower your risk of a heart attack or stroke. But how effective are they? The most impressive benefits are found with the cholesterol-lowering drug simvastatin (Zocor), initially studied in 4,444 Scandinavians with established heart disease. Of the people on placebo, 8.5 percent of them died of a heart attack over 5.4 years. For those who took the drug, only five percent died of a heart attack. A difference of 3.5 percent. For most cholesterol drugs, in this high risk population the best you could hope for is about a one to three percent difference. Who wouldn't swallow an effective, breakthrough drug to prevent heart attacks if you thought it worked 80 to 90 percent of the time? The fact it only works (i.e. prevents you from dying of a heart attack) only three and a half percent of the time is the version of effectiveness the drug companies don't want you to see. That's why you rarely see it.

Hmm. Ninety percent versus 3.5 percent? Is this really true?

There are many other tricks to make that effectiveness of drugs sound impressive. If you take alendronate (Fosamax), the most frequently prescribed drug for osteoporosis, you can be excused for thinking it lowered your risk of a hip fracture by 50 percent.

That's what the ads targeted to doctors claimed. Fifty percent is a most impressive claim, which means that half the women taking it will benefit. One in two. Not bad, eh? If you look closer at the actual study, you find that for women on placebo, two women out of a hundred had a hip fracture (two percent). In the women on Fosamax, one woman out a hundred (one percent) had a hip fracture. In other words, you can lower your risk of hip fracture from two percent to one percent, an impressive 50 percent reduction. But 50 percent sounds impressive even though it is really only a one percent difference; that is, only one woman out of a hundred taking the drug saw any benefit. The company can promote this drug legally as being "significant" and "effective," when, in fact, 99 percent of the women who took that drug had no effect whatsoever. They wasted their money, exposed themselves to the adverse effects of the drug and saw no benefit. We often also see the misuse of the word "significant." We'll hear about a drug having a "significant effect over placebo" and we think that it works a lot better than nothing, right? But the word significant is also used to mean statistically significant, meaning, as we have seen, that the difference couldn't have happened by chance. But that doesn't mean it works.

When the first major drug for Alzheimer's disease hit the market, the VP of research and development for the company stated, "Aricept represents a significant step forward in addressing the therapeutic needs of the Alzheimer's disease community." But did that mean the drug worked? Not at all. When the drug was tested in three randomised, controlled trials against placebo in patients with Alzheimer's disease, the differences, deemed statistically significant in the cognitive scores, was three points out of a total of 70. Did that three-point difference mean anything to those people? Did it help them live independently? Not at all. In fact, despite the average improvement of three points, caregivers (e.g. spouses) could not discern any difference. In other words, these drug effects can be shown to be statistically significant, but the effects are ultimately meaningless. Doctors, therefore, are routinely exposing the elderly to these drugs which do nothing to improve their lives while causing significant side effects; more than 10 percent of the patients on the drugs experienced nausea, vomiting and diarrhoea. That's the result of imprecise language - the results of our confusion.

Whenever you hear someone say a new drug is effective and the results of the study are statistically significant, ask that person if they are using the medical use of the words or the everyday way we think of those concepts. So how long is a kilometre? Can it be 100 metres one moment and 1,000 metres the next? Of course not. So don't let this happen when talking about effective or significant drugs. The result is that people are hopelessly and sometimes utterly confused as to the power of the medicine they're taking, thinking a drug is much more powerful than it is. We waste money on those drugs, expose people to side effects and eschew more natural treatments.

So throughout 2008, let's all practice more precision in our language. If your doctor tells you something is effective, ask him how effective it is over placebo and ask him to spell it out in precise, numerical terms. Ask how that drug's effects compare to the rates of side effects and likely adverse effects and so on. In other words, make sure you and your doctor are speaking the same language because, if not, you might think the goal is 100 metres away when it's actually 1,000.

Alan Cassels is a pharmaceutical policy researcher at the University of Victoria and frequent commentator on prescription drug issues. He is author of a new book, The ABCs of Disease Mongering: An Epidemic in 26 Letters (Emdash, 2007). www.alancassels.com