On September 27, 2007, criminal complaints were filed against four device makers, charging the companies with conspiring to violate the federal anti-kickback statute by using consulting agreements with orthopedic surgeons as inducements to use a company's artificial hip and knee replacement and reconstruction products.

The anti-kickback statute makes it illegal for doctors or medical facilities to receive financial incentives to increase the use of devices, which in turn increases the number of implant procedures, in patients covered by public health care programs.

The companies charged include Zimmer, DePuy Orthopaedics, a subsidiary of Johnson & Johnson, Biomet and Smith & Nephew. A fifth company, Stryker Orthopedics, cooperated with the US Attorney's Office before any other company and was not criminally charged due to its cooperation. 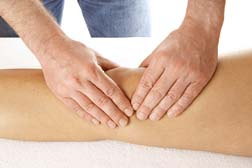 "This industry routinely violated the anti-kickback statute by paying physicians for the
purpose of exclusively using their products," New Jersey US Attorney Christopher Christie said in a press release.

"Surgeons who had agreements with the companies were typically paid tens to hundreds of thousands of dollars per year for consulting contracts and were often lavished with trips and other expensive perquisites," according to the press statement.

The five companies named account for nearly 95% of the market in knee and hip implants. The US Department of Health and Human Services reports that more than 700,000 total hip and knee replacement surgeries are performed in the US each year, and approximately two-thirds are performed on patients covered by Medicare, according to the press release.

The investigation by the Department of Justice, which began in 2005, found the financial inducements in the form of consulting agreements were entered into with hundreds of surgeons throughout the 2002-2006 timeframe. In many instances, the physicians did little or no work but did agree to exclusively use the company's products.

The physicians failed to disclose these relationships with the companies to the hospitals where the surgeries were performed and, more importantly, to the patients whom they treated, the press release notes.

The cost spread between devices leaves plenty of room for kickbacks to doctors. According to a 2006 survey by the Greater New York Hospital Association, one New York area hospital paid $8,000 more for a DePuy hip than a competitor.

On September 26, 2006, the New York Times reported that, in the previous two years, Medicare payments to hospitals for implant surgery had risen about 40%, from $10 billion to $14 billion, citing an analysis of Medicare records.

They have entered into Deferred Prosecution Agreements, and the criminal complaints will be dismissed if they adhere to the requirements in the agreements.

Stryker entered into a Non-Prosecution Agreement, under which it is required to implement all the reforms imposed on the other companies, including the 18 months of federal monitoring.

Additionally, the four companies charged have reached civil settlements with the Department of Justice and the US Department of Health and Human Services and have agreed to pay a total of $311 million to settle claims under the anti-kickback statute and the civil federal False Claims Act.

They have also entered into five-year Corporate Integrity Agreements which require additional reforms and monitoring under the supervision of the HHS-OIG.

The financial settlements and CIA's release the four companies from any civil liability, and most importantly, prevent them from being excluded from the Medicare reimbursement program based on the conduct identified in the investigation. Stryker did not enter into any civil settlement and, therefore, has not been given any release from civil liability nor any release from HHS, according to the press statement.

Key requirements common to the agreements include: (1) A federal monitor will be in place at each company to review compliance and all new and existing consulting relationships; (2) Each company is required to conduct a needs assessment to determine the reasonable needs for educational consulting services and new product-development consultants; and (3) All new consulting agreements will require physicians to disclose their financial engagements to their patients and require the device makers to disclose the name of each consultant and what they have been paid on the company website.

"Prior to our investigation, many orthopedic surgeons in this country made decisions predicated on how much money they could make - choosing which device to implant by going to the highest bidder," he stated.

"Patients in federal health care programs deserve the best available treatment from physicians and surgeons without the corrupting influence of kickbacks from the medical device companies," said Gary Heuer, Special Agent in Charge of the HHS-OIG in New York, in the press release.

"We will continue to work closely with our law enforcement partners to vigilantly investigate schemes meant to defraud Medicare, and to prosecute those individuals to the fullest extent of the law," he stated.

Mr Christie did not disclose whether any doctors would be charged as a result of his investigation, and Michael Drewniak, a spokesman for the prosecutor, would not discuss individual physicians, citing a policy not to comment on ongoing investigations, according to a report by Clifford Marks in The Harvard Crimson on November 7, 2007.

On October 12, 2007, Dow Jones Newswire reported that Zimmer, Stryker, Biomet, Smith, and device maker Medtronic, had acknowledged getting letters from the SEC, regarding an informal probe of possible violations of the Foreign Corrupt Practices Act.

The act in question is meant to stop improper payments to foreign officials in return for favors.

If you or a loved one has been harmed by these devices, please contact a lawyer involved in a possible [Lawsuit] who will review your case at no cost or obligation.
Request Legal Help Now

Posted by
ROBIN
on June 10, 2017
WELL BEING THAT IM DEALING WITH SURGEONS DOWN HERE IN FLORIDA ONE ACTUALLY HAD THE NERVE TO SEND ME A LETTER BECAUSE WHEN I ASKED HIM WHAT COMPANY DO YOU USE HE'S THE ONE WHO TOLD ME I KNOW I KNOW WHAT YOUR GOING TO SAY BECAUSE STRYKER HAS A 5 BILLION DOLLAR LAW SUIT AGAINST THEM .. HE NEVER BOTHERED TO TELL ME I DONT USE THEIR METAL ON METAL BUT I BELIEVE IN STRYKER THEY HAVE AN EXCELLENT TRACK RECORD. WELL WHEN I QUESTIONED HIM HE WANTED YET ANOTHER VISIT TO MAKE MORE MONEY TO ANSWER WHAT SHOULD HAVE BEEN ALREADY ANSWERED PRIOR IN MY CONSULT THEN HE TURNS AROUND AND SENDS ME A LETTER LETTING GO OF ME DUE TO A LACK OF COMMUNICATION AND CALLING HIS OFFICE TWICE AND THESE SURGEONS DOWN HERE IN FLORIDA CAN GET AWAY WITH THAT AND HE LIED SAYING I TOLD HER WHICH TYPE OF REPLACEMENTS IM USEING AH... SORRY PAL YOUR A LIAR SO I CALLED THE HOSPITAL HE REPRESENTED IN BOCA NOW I WILL NO TRUST ANY SURGEON DOWN HERE AND WHAT MAKES ME FEEL EVEN WORSE I WAS GOING TO CHANGE MY INSURANCE TO COME HOME TO NY HSS AND I SEE MY DR'S APART OF THIS DISCEPTION SO NOW WHAT? AND ALL THE SURGEONS ALREADY TOLD ME IM A HUGE RISK DUE TO MY BMI .. OR ARE THE PARTS MADE LIKE SHIT... WHAT SO AT 57 IM SUPPOSE TO WALK AROUND RUIN MY OTHER HIP IM NOT HEAVY BECAUSE OF EATING WRONG IM HEAVY BECAUSE OF HARMON CHANGES AND I CANNOT WALK. SO HOW IM GLAD I SAW THIS ARTICEL WHATS SAID IS THIS HOSPITAL IS RATING # 1 IN THE COUNTRY THATS A SCARE
Posted by
Barry Wayne Alexander
on April 26, 2017
Smith and Nephew have been fined 11.3 million dollars by the US government for bringing in metal hips from Mylasia and stamping then as made in the US. I had ALL the SYPTEMS metal poisining, grindind and high pitched noise and VERY SEVERE PAIN when waliking. My colbalt level was 17.3 my chromium level was 23.6. This was noted as one the highest poisoning in the US. But because my hip had not been "TENICALLY" RECALLED BY THE FDA! ! Smith and Nephew Were caught by the Federal Government In a LIE Fined BY THE FEDERAL TRADE ACT! I ended up in West Palm Beach, FLA. having revision surgery and accprdind to my Ortorpeadic surgenine in Fla., if I had waited ANOTHER 30 DAYS I PROBABLY WOULD HAVE DIED OF BLOOD POISNING! My attorney claims nothing can be done unless the FDA does a PROFESSIONAL RECALL on MY PARTICULAR "LOT" #. THIS is BS, SMITH AND NEPHEW got fined for DESEPTIVE and ILLEGAL PRACTICES AND I COME CLOSE TO DEATH BECAUSE THE CEO's OF A BILLION DOLLAR CONGLOMERATE CAN LIE AND GET AWAY WITH IT! NOW I HAVE A STRYKER HIP THATS GIVING TROUBLE! WHEN A FEDERAL JUDGE TAKES UP FOR A COMPANY LIKE SMITH/NEPHEW BECAUSE OF ALOT NUMBER, REMEMBER THAT COMPANY WAS CAUGHT RED HANDED DECIEVING AND PAYING OFF DOCTORS TO USE THEIR PRODUCTS AND FINED BY THE FEDERAL GOVNMENT! Do THESE COMPANIES GET PROTECTION FOR THAT ALMIGHTY DOLLAR AND DO THESE FEDERAL JUDGES COVER THESE COMPANIES REARS BECAUSE THEY ARE ALL WORKING TOGETHER. I HAVE ""EVERY"" SIDE EFFECT THAT THE SMITH/NEPHEW HIP IMPLANT CAUSES AND IT'S GETTING WORSE! I SHOULD BE COMPENSATED FOR THEIR DESEPTIVE ACTIONS AND RUINING THE REST OF MY LIFE! MY WIFE EVEN RECENTLY DIED IN A DEEP DEPRECIATION BECAUSE OF ALL THIS COVER-UP! TO THE FEDERAL JUDGE WHO RULED IN SMITH/NEPHEW'S FAVOR AGAINST MY CASE I'm SURE THERE WAS A DEAL! I VERY MUCH INSIST AT LEAST A MEDIATION COULD BE ARRANGED TO SETTLE CONSIDERED SMITH & NEPHEW HAS RUINED MY LIFE , BECAUSE I WILL NEVER GIVE UP!!!