According to a story in the New England Journal of Medicine (NEJM), the increasing use of CT scans may result in a worrisome increase to the nation's cancer rates. In other words, says the report, CT scans are being linked to a risk of cancer.

The report, penned by two medical physicists from Columbia University, raises that possibility in an era where CT scans, or so-called 'Cat-scans' are becoming increasingly popular, and available for diagnostics.

Some have suggested the report is overly alarming. In its defense, the report states that a single scan poses little risk. However, the concern is the risk over time and across the entire population. In a few decades, the report suggests, two percent of cancers in the United States could be linked to CT scans performed now. 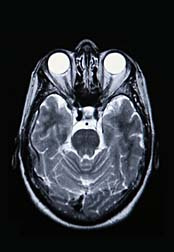 The concern is escalated in children, who are more susceptible to radiation, and carry a greater risk of developing cancers from that radiation.

And as a population, Americans are radiant. That's not a compliment.

Total radiation exposure rates have nearly doubled in the last three decades, and here are the numbers as they relate to CT scans: three million in 1980, versus 62 million last year. 4 million CT scans were performed on children, which is more than the total number of scans done on the entire population 27 years ago.

In 1980, CT scans, or computed tomography, was relatively new and hard to come by. It was available usually for only the most serious conditions, and there was usually a wait to have it. However, over the years CT scans have become more commonplace, with more hospitals becoming equipped.

In tandem with the availability of the CT scan, is a concern that it is being over-prescribed. According to a story published in the [New York Times], previous studies have suggested that a third of such diagnostic tests aren't even necessary.

Dr. Arl Van Moore Jr., chairman of the American College of Radiology's board of chancellors, was quoted as suggesting there were some concerns about the methodology used to compile the study that appears in today's NEJM, but overall the study had identified some rather serious potential public health issues.

The study was co-authored by Eric J. Hall and David J. Brenner, who recommend that CT scans should be curbed in children. That's a recommendation other experts support.

The report suggests that as many as 20 million American adults and more than a million children have been needlessly put at risk by undergoing a CT scan that wasn't necessary. In view of that, it would not be beyond the realm of possibility that a CT scanning history will accompany future diagnosis of cancers.

The result could make the courts even busier.

If you or a loved one has been diagnosed with cancer and have had multiple CT scans, please contact a lawyer involved in a possible [Lawsuit] who will review your case at no cost or obligation.
Request Legal Help Now