In a confirmation of suspicions that critics have been harboring for years, a new study reveals that anti-depressant drug manufacturers routinely sweep less-than-stellar drug trial results under the rug, while trumpeting positive findings for the masses.

The result distorts reality, critics claim. Perception—which is everything, as the old saying goes—is what sells, when the reality doesn't deliver.

In the study, as reported today in the New York Times, researchers identified all anti-depressant drug trials submitted to the US Food and Drug Administration (FDA) from 1987 through 2004. Gathering the information was quite an undertaking. While data for recently approved drugs was readily available through FDA online, older drugs were more of a challenge. Hard copies of unpublished data had to be tracked down, either through colleagues, or using the Freedom of Information Act. 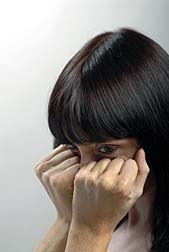 The studies were then compared against the published studies for those drugs.

Their conclusion? Nearly 100 per cent of studies with positive and laudable conclusions were published for the entire world to see—37 out of 38 trials. A further 36 trials were viewed as having unconvincing results. Of those, 14 were published in various journals.

However, 11 of those 14 reports conveyed a positive outcome that was not justified by the underlying FDA review. The agency served as the barometer for positive vs.: negative outcomes. While 22 studies were deemed so negative that they couldn't be published at all, the 14 that remained apparently carried enough sway to warrant publication. The 11 that were fluffed, or spun to the positive, are an example of drug companies allegedly blind-siding the consumer, and the medical community.

Dr, Jeffrey Drazen, editor in chief of the New England Journal of Medicine, speaks to the importance of working from the best data possible. "You wouldn't buy a stock if you only knew a third of the truth about it," he told the New York Times.

The studies involved 12,564 adult patients participating in clinical trails for various anti-depressant drugs including Prozac from Eli Lilly, Zoloft from Pfizer, and Effexor from Wyeth. Lead author for the study was Dr. Erick Turner, a psychiatrist and former FDA reviewer now affiliated with the Oregon Health and Sciences University and the Portland Veterans Affairs Medical Center.

Researchers from Kent State University, and the University of California, Riverside were also involved in the comprehensive study.

A spokesperson representing the Pharmaceutical Research and Manufacturers of America (PRMA) points out that steps have been taken to deal with such issues, noting that the data was culled from a time frame prior to 2004, the year several trade journals made the decision to stop publishing trials and studies that were not registered in a public database.

Trade groups also jumped into the frey, announcing that their members would endeavor to release trial data more quickly.

In 2006 Congress passed legislation that expanded the type of trials, and the depth of information submitted to www.clinicaltrials.gov, a public site operated by the National Library of Medicine.

Alan Goldhammer, deputy vice president for regulatory affairs at the PRMA, says the transparency is already there. In a statement published in the New York Times this morning, Goldhammer said "this is all based on data before 2004, and since then we've put to rest the myth that companies have anything to hide."

However, the study appears to give that myth some legs. In published trials, approximately 60 per cent of patients taking anti-depressant drugs reported significant relief from depression, against roughly 40 per cent who were on placebo only. However, when the less-positive trial data from unpublished studies was factored in, the advantage shrinks. While the drugs outperform the placebo, they are found do to so at more modest levels, once all available information is included.

The new study obtained, and analyzed the findings from 74 trials involving a total of 12 antidepressant drugs. The study concludes that while 94 per cent of trial data carrying positive results were reported, 14 per cent of those with negative or uncertain results made it to print.

The study was published in today's edition of the New England Journal of Medicine.