On a day that it was sharing its quarterly results, pharmaceutical giant Johnson & Johnson (J&J) revealed Tuesday that it has received a grand jury subpoena from the US Attorney's Office for the Eastern District of Pennsylvania with regard to multiple recalls of some of its most popular non-prescription drugs. 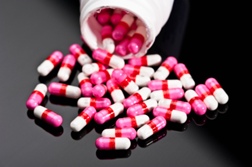 On 7/20/10 CNN Money reported on the subpoena, together with the company's fiscal performance and the role the recalls had played on revenues, which fell below expectations.

J&J recalled, through its McNeil Consumer Healthcare subsidiary, millions of units of children's Tylenol, Motrin, Benadryl and other medications. Manufacturing at a plant located in Fort Washington, Pennsylvania was suspended after the US Food and Drug Administration (FDA) issued an inspection report that was described as scathing. The plant was part of the McNeil division, which not only undertook the recalls in May of this year, but also announced the lay-offs of 300 of more than 400 workers based at the Fort Washington plant.

J&J revealed n July 20 that the recalls and subsequent shutdown of the Fort Washington plant resulted in a 27.5 percent drop in US sales of the company's over-the-counter (OTC) medications. Annual sales, as a result, are expected to be off by about $600 million.

More DRUGS/DEVICES News
On Tuesday J&J revealed that it expected to earn between $4.65 and $4.75 a share, excluding items, for the year. The company's previous full-year guidance was stated at between $4.80 and $4.90 a share.

The company was expected to earn $4.80 a share for the year by analysts, according to Thomson Reuters.

McNeil said it was attempting to shift production of the affected medications once manufactured at Fort Washington, to other plants. However, even with those efforts the company does not expect to see the affected products available on store shelves prior to the end of the year.

Meantime, another manufacturing facility under the J&J umbrella in Lancaster, Pennsylvania was cited by the FDA for concerns over quality and good manufacturing practices just last week.

If you have suffered losses in this case, please send your complaint to a lawyer who will review your possible [DRUGS/DEVICES Lawsuit] at no cost or obligation.
Request Legal Help Now