The FDA has warned about an increased risk of muscle injury with higher doses of Zocor, a cholesterol-lowering drug sold genetically as simvastin. When Zocor is combined with certain other drugs, the risk of drug injury also increases, potentially leading to rhabdomyolysis, which can result in fatal kidney damage. 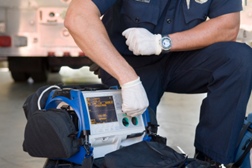 If you take the following drugs, you should never take Zocor:

As well, the new data indicates that people of Chinese descent should not take high doses of Zocor and to be careful of the drug even at lower doses.