James Muffet, president of Citizens for Traditional Values, said he doubted sexual identity discrimination was a serious problem in state government and it was more likely that Granholm was making a symbolic gesture for political reasons after receiving support from gay rights organizations in her re-election bid last year. 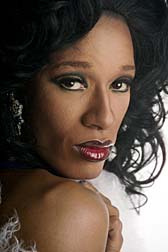 Muffett added, "Further protections are unnecessary and could result in absurd contradictions, such as a male employee insisting on being allowed to use the women's restroom".

According to the November 21, 2007 issue of the South Florida Sun-Sentinel, the Palm Beach County ordinance states "Gender identity or expression means a gender-related identity, appearance, expression or behavior of an individual, regardless of the individual's assigned sex at birth."

The protections apply when transgender individuals are buying a house, renting an apartment or when they're at a place of "public accommodation," such as a movie theater or a restaurant.

According to the June 1st 2007 press release issued by The Human Rights Campaign, the nation's largest gay civil rights organization, all of the Presidential Democratic candidates stated their support for extending federal benefits and equal tax treatment to same-sex couples who are parties to a union legally recognized by their state. Additionally, the candidates express unanimous support for extending federal benefits for same-sex couples and their children.

The release stated, "this groundbreaking and unified position of all Democratic candidates would override Section 3 of the so-called "Defense of Marriage Act," which provides that for federal purposes, the word 'marriage' means only a legal union between one man and one woman as husband and wife, and the word 'spouse' refers only to a person of the opposite sex who is a husband or a wife (1 U.S.C. Section 7)".

Only Kucinich and Gravel supported same-sex marriage (i.e. allowing civil marriage rights for same-sex couples) in addition to extending federal benefits and equal tax treatment to a union legally recognized by their state.

According to the November 8th, 2007 ABC News/Washington Post poll titled "SOCIAL ISSUES", a record number of Americans support civil unions for gay couples. Poll findings stated that, "Overall, 55 percent favor allowing homosexual couples to form legally recognized civil unions, giving them the same rights as married couples in areas such as health insurance, inheritance and pension coverage. That's up from 45 percent in an ABC/Post poll in 2006; the previous high was 51 percent in 2004."

More News
The poll also revealed that "Republican presidential candidate Rudy Giuliani's support for gay civil unions has been disconcerting to core groups within his party. Conservative Republicans and evangelical white Protestants oppose civil unions by more than 2-1, and Republicans overall oppose them by 58-39 percent. Yet some are willing to overlook it, notably televangelist Pat Robertson, who endorsed Giuliani".

On October 31st , The Human Rights Campaign reported that when Presidential candidate Fred Thompson, during a campaign stop in New Hampshire, was asked how he felt about a federal civil unions law that would recognize such unions where they exist (such as New Hampshire), "he doesn't support civil unions, and then pivoted to discuss same-sex marriage, which he called a judge-made controversy".

If you or a loved one has been discriminated against, please contact a lawyer involved in a possible [Lawsuit] who will review your case at no cost or obligation.
Request Legal Help Now